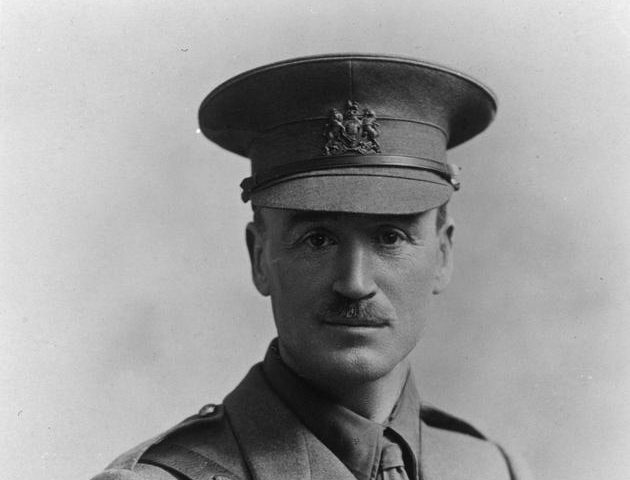 “Patterson was one of the founding fathers of the Hebrew Defense Force in Israel, and the first commander of a Jewish, organized and official military force since the days of Bar Kochba.”

Perhaps because they have so many enemies, the Jews  remember their friends. To be sure, in some cases it may take a little time to give those friends their due. Such appears to be the case with Lieut.-Col. John Henry Patterson (1867-1947), who commanded the Jewish Legion in World War I.

This week, Knesset Member Tzvi Hauser, Chairman of the Foreign Affairs and Defense Committee, wrote to Defense Minister Benny Gantz urging him to name an IDF base after Patterson.

Hauser wrote without exaggeration: “Patterson was one of the founding fathers of the Hebrew Defense Force in Israel, and the first commander of a Jewish, organized and official military force since the days of Bar Kochba.

“Patterson was an enthusiastic Zionist until his last day and a man who worked for the establishment of Israel and a force that would ensure its security,” he added.

It was only in 2014 that Patterson’s remains were brought to Israel from California, honoring a request in his will. He is now buried at Avihayil near Netanya, a moshav founded by many of his soldiers. Prime Minister Netanyahu attended that ceremony and related how his elder brother, Jonathan, a famous soldier in his own right, was named after Patterson.

Netanyahu said Patterson could be called “the godfather of the Israeli Army.”

We won’t quibble about whether Patterson deserves that title. It may better go to Vladimir “Ze’ev” Jabotinsky, whose efforts led to the founding of The Jewish Legion and who later founded the Haganah.

Exaggerating Patterson’s place isn’t necessary for he richly deserves to live on in Jewish memory. Patterson first led the Zion Mule Corps., made up of Palestinian Jews exiled by the Turks to Egypt. Jabotinsky, with whom Patterson developed a lifelong friendship (he would later help Jabotinsky in other Zionist efforts) wasn’t enthusiastic about the idea of a Mule Corps., basically a transport division. Not only did a Mule Corps. sound undignified, but it was to fight on an unspecified Turkish front – Jabotinsky wanted only to fight in Palestine.

Instead of joining the Mule Corps., Jabotinsky headed from Egypt to England to lobby for what would eventually become the Jewish Legion. But Patterson, like another of Jabotinsky’s allies, Joseph Trumpeldor, who had fought in the Russian Army, saw the value of the Mule Corps. “To get the Turks out of Palestine we’ve got to smash the Turk,” Trumpeldor said to Jabotinsky. “On which front you begin smashing is a question of tactics. Any front leads to Zion.”

Jabotinsky would later admit he was wrong about the muleteers and would credit their exploits in Gallipoli, which  won universal admiration within the British army, with helping to pave the way for the eventual establishment of the Jewish Legion (though to use the word “pave” to describe the enormous obstacles that Jabotinsky overcame in the Legion’s creation  is a misnomer).

Those muleteers would form the nucleus from which the Legion sprung.

It was fortuitous that Patterson should have been on the spot when a British officer was needed to lead the Mule Corps. As Patterson writes in his book With the Zionists in Gallipoli, “It was still more strange that I should have arrived in Egypt just at the psychological moment when General Sir John Maxwell, the Commander-in-Chief, was looking out for a suitable officer to raise and command a Jewish unit.”

A more perfect commander for such a unit could not have been found. Patterson was sympathetic to Jews and knowledgeable about Jewish history, something the general couldn’t have known. To Patterson, the coincidence was astonishing:

“When, as a boy, I eagerly devoured the records of the glorious deeds of Jewish military captains such as Joshua, Joab, Gideon and Judas Maccabaeus, I little dreamt that one day I, myself, would, in a small way, be a captain of a host of the Children of Israel!”

From commanding the Zion Mule Corps., Patterson went on to become commander of the Jewish Legion. Having fallen sick, he was forced to leave Gallipoli and the Mule Corps. He returned to England to recuperate. There, he played a critical role in helping Jabotinsky obtain entrée to key British political and military figures, which made the Legion a reality. Patterson was the natural choice to lead it.

The Legion, which fought on the Palestine front as Jabotinsky envisioned, was officially known as the 38th Battalion of the Royal Fusiliers. A 39th and 40th Battalion would be added later.

Patterson paid for his sympathies, which likely cost him a promotion to general. British military attitudes toward the Jews at the time could hardly be called friendly – broadly anti-Semitic is more like it. The treatment by the British army of the Jewish Legionnaires after hostilities ended in Palestine bears that out.

Given the soup in which he swam, Patterson’s persistent friendliness to the Jews is all the more remarkable. He belongs to a select company. It’s a struggle to name more than a handful of British Zionists from that period: Lord Balfour, Orde Wingate, Josiah Wedgwood, Richard Meinertzhagen.

Patterson was very nearly sui generis, making it all the more important that  he be enshrined in the Jewish nation’s history.