A spirit of caring

Herzl demonstrated a profound empathy for the Jewish people. His concern for them even led him to pursue a land other than Israel – a ‘temporary shelter’ – that could house persecuted Jewry. The Jewish masses recognized Herzl’s warmth and returned it with an outpouring of love.

A Spirit of Concern

That spirit of concern hovers above this website. It animated the original force behind this project – Herbert Zweibon, the late chairman of Americans for A Safe Israel.

Seventy years ago, we couldn’t say that. Israel’s founding is the most remarkable development in modern Jewish history. In the words of Professor Edward Alexander: “It stands as one of the few redeeming events in a century of blood and shame, one of the greatest affirmations of the will to live that a martyred people has ever made.” That sounds like something worth studying. Yet, of the two major events affecting Jews in the last century – the Holocaust and Israel – it is the Holocaust that has been carefully studied and taught and Israel that has been largely ignored. We hope to change that.

If you would like to learn more about who we are, please read the Message From Our Director and visit our Advisory Board page, which includes a number of accomplished academics, like Prof. Edward Alexander and Dr. Mitchell Bard, who have spent decades writing and teaching about Zionism. ZionismU is an associate member of the Association for Jewish Studies. 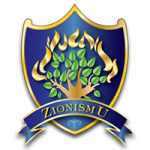