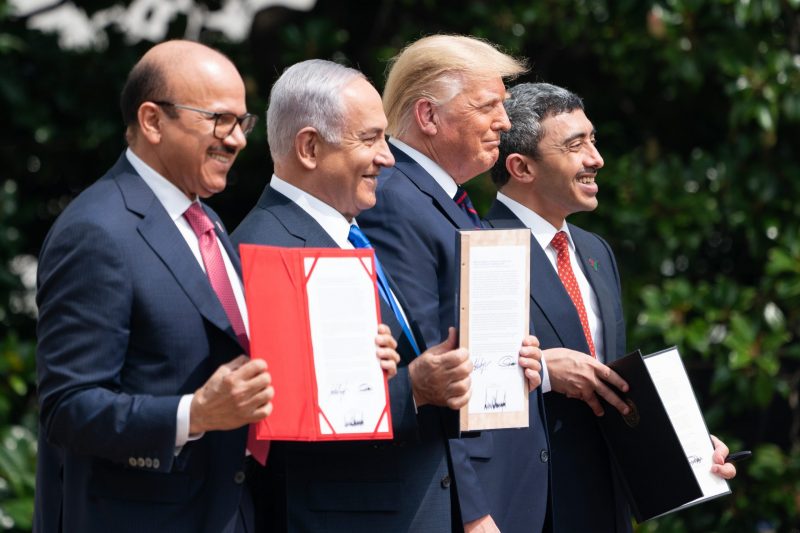 It’s too early to tell what the greatest benefit of the Abraham Accords will be. At the very least, it’ll be hard to put the genie back in the bottle – in a good way.

Even if the countries now making deals with Israel should break ties at some point in the future, for whatever reason, it’ll be difficult for their governments to turn on the anti-Israel propaganda with the same efficacy. Hovering in the back of their people’s minds will be the thought: “They can’t be that bad. I saw you dance the hora with Netanyahu.”

At least, that’s my two cents worth of pop psychology.

Though I can think of an example from Zionist history. In the years leading up to the Jewish State, David Ben-Gurion, who as head of the Jewish Agency was also in charge of the Haganah, would preach against the other underground groups, the Irgun and Lechi, for attacking the British. He said they were putting the entire Yishuv, as Israel’s pre-state Jewish population was called, in danger.

In October 1945, the Haganah joined with the the Irgun and Lechi in the United Resistance Movement. The alliance was short-lived. But when Ben-Gurion returned to vilifying the two groups, it didn’t have quite the same punch. Jews thought, “Hey, you worked with them once. In fact, you adopted their methods. So bevakasha, or puh-lease.”

So if something happens in the future, and the United Arab Emirates, Bahrain and other Muslim countries that are likely to join this peace train, pull their ambassadors and turn once again against the Jewish State, it will hopefully be with less fervor.

The truth is this looks like a genuine peace, especially with the United Arab Emirates, which even received high marks from Impact-SE, a group that researches school curricula for hateful content. The UAE also launched a Mars probe in July and the science head on the project is a woman. So they seem open-minded, certainly by the region’s standards.

Bahrain may be similar. At the signing ceremony they seemed to look up to the UAE like an older brother. News reports focus on the fact that two-thirds of Bahrain’s population is Shiite and Iran is Shiite so peace with Israel won’t go over so well and Iran could make trouble for Bahrain’s Sunni leaders. Others have pointed out that Bahrain’s Shiites tend to look to Iraq’s religious seminaries, and not Iran’s, and so are not quite as much under the ayatollahs’ sway as some might think.

There was a lot of hyperbole and fancy speeches after the first two Israeli peace accords Israel signed with Arab states. Those agreements are about as cold as it gets. The populations of Egypt and Jordan positively bathe in Jew hate.

This time it feels different. Genuine. There are a host of areas the signers say they want to cooperate on. I believe them.