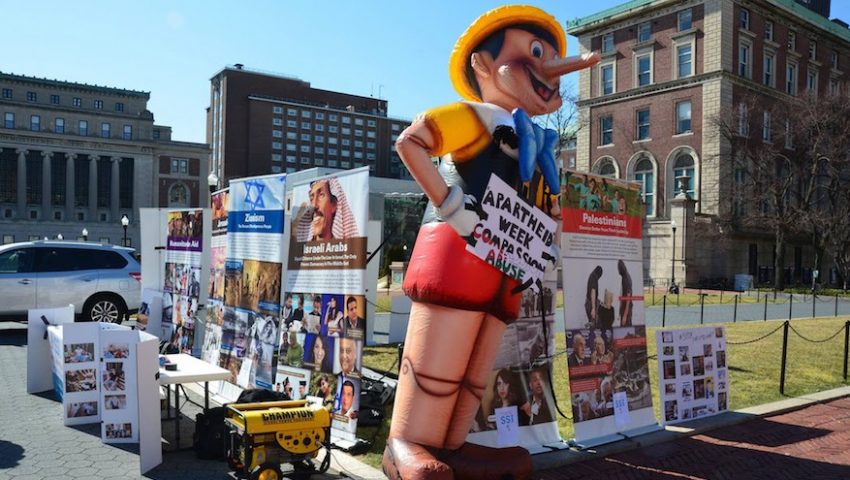 BDS has won a vote at Barnard College. It’s hard to imagine a more embarrassing place for BDS to triumph. That line from the film Rudy – now an old sports cliché – that “no one comes into our house and pushes us around” comes to mind for all the wrong reasons. To add insult to injury the anti-Israel vote took place on Israel Independence Day.

Why is it shameful? Because Barnard is a thoroughly Jewish school. Only four Jewish colleges have a higher percentage of Jewish students. Hillel calls Barnard the most Jewish college that is not officially Jewish. Ranked in the top 10 of the Forward College Guide, it is also on the guide’s list of best schools for pro-Israel students. The Forward might need to revisit the list in the wake of the vote.

The referendum text, written by Jewish Voice for Peace and Students for Justice in Palestine, asked students to vote on whether to ask the administration to divest from eight companies that “profit from or engage in the State of Israel’s treatment of Palestinians.” Of the 1,153 students who took part in the referendum, 64 percent voted in favor.

The college’s initial response was weakly PC, saying: ” We are prepared to respond promptly should we receive such a request. As with any student referendum, which is a valuable expression of opinion, the outcome does not compel the College to take a specific action.” 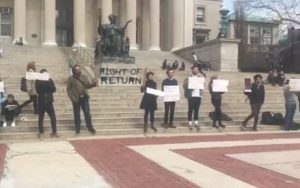 But in subsequent days Barnard’s president Sian Leah Beilock woke up to the dangers to future fund-raising efforts. On Monday, she brought down the hammer on any idea that the college would divest from companies doing business in Israel. “You are of course free to continue your discussions on this issue, but it would be misleading to not provide you with clarity on the College’s thinking prior to the SGA [Student Government Association] discussions on this topic that I understand will take place this week,” she wrote.

President Beilock stated further that the Board of Trustees wouldn’t consider any referendum unless it met “two exacting standards”. First, it directly related to Barnard’s mission. Second, there was “a clear consensus across the Barnard community” for the recommended action, in this case, divestment. She noted that only 30 percent of Barnard’s student body voted in favor of the referendum.

As for the first standard, that any referendum relate directly to Barnard’s mission, Beilock stands on shaky ground. Last March, the Board of Trustees voted to divest from energy companies that deny climate change. It was a first for a U.S. college – to actually act on a student divestment campaign. The standards weren’t so “exact” back then. Beilock at least can claim some distance from it as she wasn’t installed as president until a few months later.

What made the difference here were the Jewish alumnae, who deserve a big hug for making their voices heard. More than 2,000 signed a petition urging the school to reject the referendum. Wish the same energy could be seen from the Jewish students, who let themselves get beat on their home turf. Given what Israelis must contend with every day, their excuses sound pathetic. Hillel student president Talia Rubin described students as “exhausted.” She told The Forward that, “They don’t want to be bothered by this. They want to do their homework, they want to have a social life.”

Albert Mishaan, president of the pro-Israel club Aryeh, who participated in the fight against the referendum, noted to The Forward, “These things do matter, they influence how people think on campus,” adding, “These victories, however symbolic, become the next jumping-off point for further anti-Israel campaigns.”

Reflecting on the Days Before Independence Day