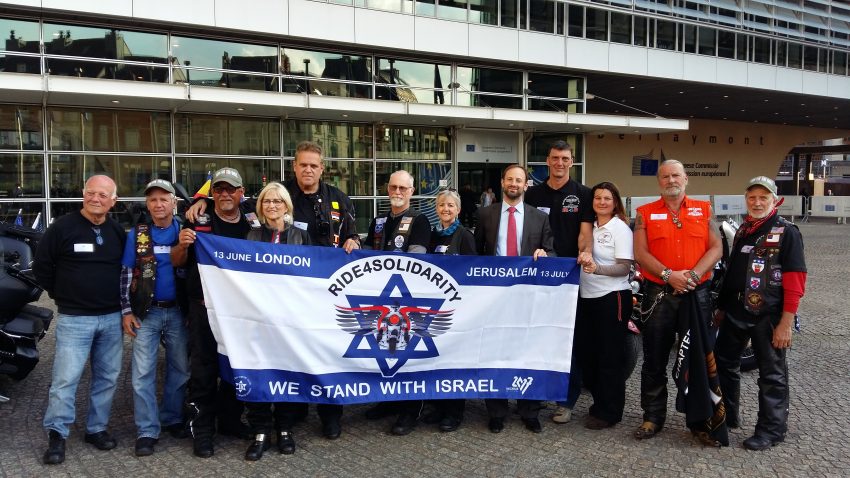 Calling all Zionist bikers! If you’re a motorcycle-loving, Israel supporter with a penchant for history, Herzl Ride 2018 is the chance of a lifetime. In what is perhaps the single most unusual way to celebrate Theodor Herzl’s life, a motorcycle tour is being organized through Europe. The nearly 2,800-mile ride will travel through seven European countries in 15 days, making stops at all the places important in Herzl’s life. It begins, suitably enough, at Herzl’s birthplace in Budapest, Hungary.

Not only is the ride remarkable, but so is its organizer József Horváth. A 6-foot-6 Hercules of a man who played professional basketball in Hungary, he had little knowledge of his Jewish roots until he was 18. The reason? His grandmother wanted it that way. Aranka Lowinger spent WWII hiding in a cellar. When she emerged, novelist Talia Carner writes in an article for Aish.com: “She wished to forget it all, to disassociate herself from anything that would ever again make her a victim of such hatred, from anything that would threaten her infant daughter with the fate of the Jews.” 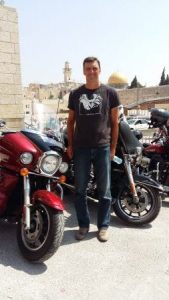 Aranka raised her daughter Susan (József’s mother) without any knowledge of Judaism. While József knew that his grandmother was Jewish, there was no discussion of Jewish matters in the home. But József was born with a Jewish spirit. When he visited a Jewish cemetary at 18, he felt anger and disgust at the thought of all the cousins he had lost. At university, he felt drawn to the Jewish students.

In 1992, he agreed to play basketball in the Maccabiah games. It was the start of a transformative experience which culminated in 2000 in his Brit Milah, or circumcision. József’s return to Judaism would impact his family. His sister, also an athlete, initially had no interest in it, but inspired by her brother started joining him at Shabbos dinners. In 2003, his mother attended her first Passover Seder. More remarkable, in 2005, the grand-daughter of Aranka’s only surviving sister from the Holocaust, who was living in Israel, tracked down József’s mother, rekindling a lost family bond.

Now a proud Jew, Zionist, and motorcycle enthusiast, József has found a way to combine all three passions in Herzl Ride 2018. One stop of the trip, Buchenwald concentration camp, will be a particularly emotional one for József. He recently learned one of his grandmother’s brothers lost his life at Buchenwald on January 16, 1945. Still another rider’s father survived the Buchenwald camp, he notes.

So far Herzl Ride 2018 has nine riders, one of whom is 80 years old, a Shoah survivor himself from the Budapest ghetto. There will also be an escort car with two cameramen provided by a Hungarian TV station producing a 25-minute documentary on the adventure. 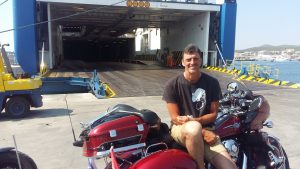 Herzl Ride 2018 is part of the Ride4Solidarity project started last year by Marco Katz from Romania. A ride across the U.S. is coming up in October. If you’d like more information about the various rides or to donate, visit the webpage Ride4Solidarity.