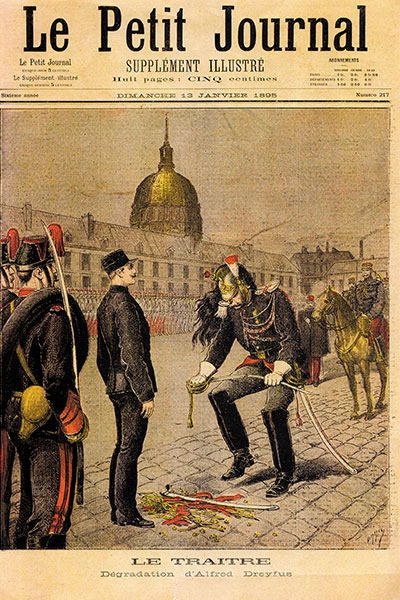 In December 1894, French-Jewish Capt. Alfred Dreyfus is wrongly convicted of treason. On January 5th, he undergoes a ritual public humiliation in the courtyard of the École Militaire in Paris. Twenty-thousand gather outside to howl curses at Dreyfus. Theodor Herzl, who covers the affair as the Paris correspondent of the Neue Freie Presse, observes the proceedings as the crowd shouts “Down with the Jews!” The event will have a major impact on Herzl’s development as a Zionist.