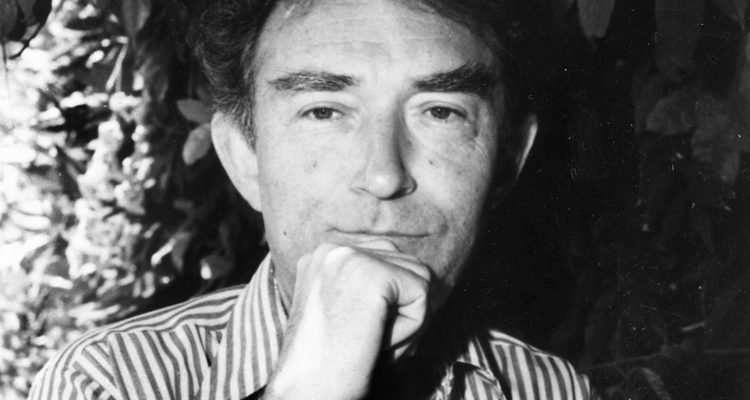 Edward Alexander should have been a household name in the Jewish community. Perhaps the community was too busy celebrating the very people he was defending them against, the likes of Thomas Friedman, Michael Lerner, Amos Oz, A.B. Yehoshua, Peter Beinart, and many others.

Alexander was a professor of English literature who wrote on the great Victorians, notably John Stuart Mill, Matthew Arnold and John Ruskin. About 40 years ago, he shifted gears to largely write on Jewish issues. His style sharpened by studying literature’s greats, he entered the lists an eloquent champion of Israel against its detractors. His writing was arresting: “The birth of Israel just a few years after the destruction of European Jewry was one of the greatest affirmations of life ever made by a martyred people.”

In an essay praising historian and thinker Yoram Hazony’s The Jewish State for analyzing the maladies of Israel’s intellectuals, Alexander writes that in Hazony, Israel has perhaps found its latter-day Jeremiah, “but given the widespread tone-deafness of the country’s enlightened classes to their Jewish heritage, perhaps what is needed at the moment is an Israeli Jonathan Swift.” Alexander himself is the closest the Jews have come to their own Swift with his erudition, wit and scathing shafts against the moral hypocrites and self-haters.

For Alexander was fierce as well as erudite and eloquent. His erudition and masterful style were on display in works like The Holocaust and the War of Ideas and The Resonance of Dust. But he also impaled the sacred cows of the literary and political establishment. In The Jewish Wars he unmasked Nobel Peace Prize winner Bishop Tutu, “whose speeches against apartheid,” writes Alexander in 1990 “return obsessively to gross, licentious equations between the South African system and Jewish practices, biblical and modern.”

In “Professor of Terror,” an essay on Columbia’s Professor Edward Said, darling of the “progressive” scholarly/literary world, Alexander points to Said’s “longstanding habit of confidently reciting the most preposterous falsehoods” and notes acerbically that his “double career as literary critic and ideologue of terrorism is a potent argument against those who believe in the corrective power of humanistic values.”

In his last years, Alexander increasingly devoted his energy to exposing Jewish haters of Israel, including Israeli self-haters. He wrote and edited a series of books whose titles reveal their themes, including The Jewish Idea and Its Enemies; With Friends Like These: the Jewish Critics of Israel; The Jewish Divide Over Israel; The Jewish Wars; and Jews Against Themselves. In the last few years he also wrote trenchant columns for the Algemeiner.

Alexander drew a continuous line between Jewish apostates of old, like Pablo Christiani and Nicholas Donin of the 13th century, who having converted to Catholicism turned on their former co-religionists, and “modern Jewish apostates” who joined with Israel’s enemies to become “Jews against themselves.”

In his book of that title, Alexander wrote, “there will always be readers who express astonishment that there are Jews who question the Jewish right to live as a natural right, or hate Israel and are ashamed to have a state. Surely they are as rare as singing mice or card-playing pigs? Alas, no.”

In an essay “Anti-Semitism, Israeli Style” he writes that “Israelis of the most modest intellectual endowments discovered that the licentious equation of their country with Nazi Germany provided a short, ready, and often lucrative path to radio and television appearances and to the lecture circuit.”

Despite Alexander’s grim outlook for the future, in which he saw anti-Semitism “again emerging as the ‘default’ ideology of Europe,” the genocidal intentions of Iran ignored by most of the world and “angelic” liberals, including Jewish ones, explaining away Islamist terror against Israel, he never lost his sense of humor. After a litany of doom, he concludes: “So let’s talk about something pleasant, like the explosive power of boredom in activist university professors.”

It is a devastating comment on the Jewish community that Alexander never received any awards for his many decades of struggle for the honor of Israel and the Jewish people against a legion of enemies. This is despite the fact that perhaps no community is so fond of bestowing prizes, awards and recognition as the Jews, both in Israel and the Diaspora. People are often wrongly called irreplaceable, but of Edward Alexander it is true. His unique combination of erudition and polemical skill – Professor Alvin Rosenfeld has said Alexander fashioned polemical writing into an “effective art form” – makes him irreplaceable.

One can only hope that his books will find a broader audience. For those who would understand the nobility of Zionism and the ever more dangerous phenomenon of Jewish self-hatred that would destroy it, there is no better teacher.

Alexander passed away early this week. He is survived by his daughter Rebecca, son David, grandson Phillip and great-granddaughter Adalynn. He lost Leah, his much-loved wife of 60 years, in 2017.

Edward Alexander served on the Advisory Board of ZionismU. He will be missed.