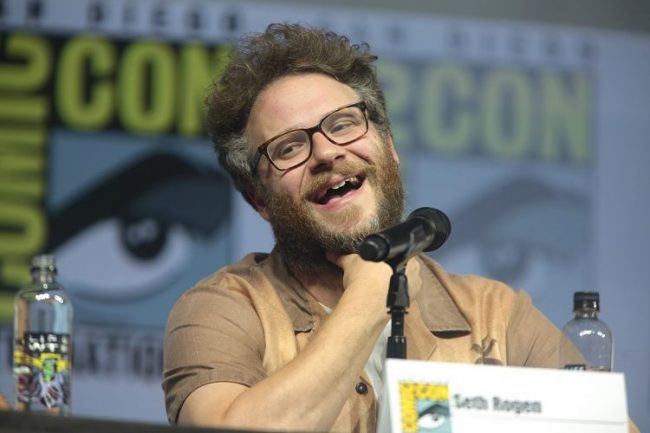 Hollywood actor Seth Rogen caused a storm with comments he made about Israel in a July 27 podcast.

Trying to be funny, he said that Israel doesn’t make sense. If you’re trying to preserve something (the Jews) why would you put them all in one place? He also said he was “fed a huge amount of lies” about Israel when he was young. “They never tell you that ‘Oh, by the way, there were people there.’ They make it seem like, ‘the (expletive) door’s open.'”

It’s unlikely he was fed lies. No one denies that there were Arabs in the Land of Israel. It sounds more like he was fed Palestinian propaganda much later and then projected it backwards.

Ironically, had he a proper Zionist education, he would have known that in fact there were very few people in the Land of Israel, as documented in numerous accounts and that “Palestine” was a backwater of the Ottoman Empire and that more Arabs came in as Jews built up the land and created an economy.

He also would have known that lies are nearly the exclusive purview of the Palestinians in this conflict. Their ahistorical claims have long ago reached heights of extreme nuttiness, such as their assertion that they’re descended from the Canaanites who lived in the region 5,000 years ago. All so they can compete with the Jews’ very real, and extraordinary claim, to the land.

IfNotNow, a radical, anti-Zionist group, would have everyone believe Rogen speaks for a generation.

“What Seth Rogen said is par for the course among our generation and the Israeli government has to wake up and see that their actions have consequences,” IfNotNow’s spokesman said.

It would be grossly unfair to young Jews to accept IfNotNow’s claims. There are many young, idealistic Zionists, far more than there are radical anti-Zionists. They may be quiet. They may not have the tools to argue because there is a failure to educate on the whys and wherefores of a Jewish State. But the spirit of that majority I’ll venture is healthy and when push comes to shove, will side unreservedly with Israel.

Which isn’t to say that there is not an unfortunate trend of progressive Jewry away from Israel. Rogen is a curious case in that he is following a similar trajectory to some left-wing Jews in Israel itself. The type whose parents were Labor Zionists but has gone a step further.

Rogen was raised culturally very Jewish. His parents met on a Kibbutz. He describes them as “radical Jewish socialists.” His father worked at The Worker’s (formerly Workman’s) Circle, a socialist outfit.

Rogen is just carried along that progressive stream further and further away. He says Judaism means little to him. Neither apparently does Israel.

It was embarrassing for Jewish Agency Chairman Isaac Herzog to call Rogen, who said he only took the call because his mom wanted him to. Herzog then announced the actor had apologized. Rogen told Haaretz that he hadn’t apologized for anything.

Jewish institutional leaders need to get their heads on straight. Calling a Jew simply because he’s a celebrity to extract an apology or a retraction is not a strategy. Better to recognize that Rogen is already lost. Israel will get along fine without him.

But there are many who aren’t lost. An answer for them should be found. The enemies of Israel like nothing better than to create anti-Zionist Jews, or as writer Edward Alexander termed “modern Jewish apostates.” It’s our job to keep that number to the barest minimum.