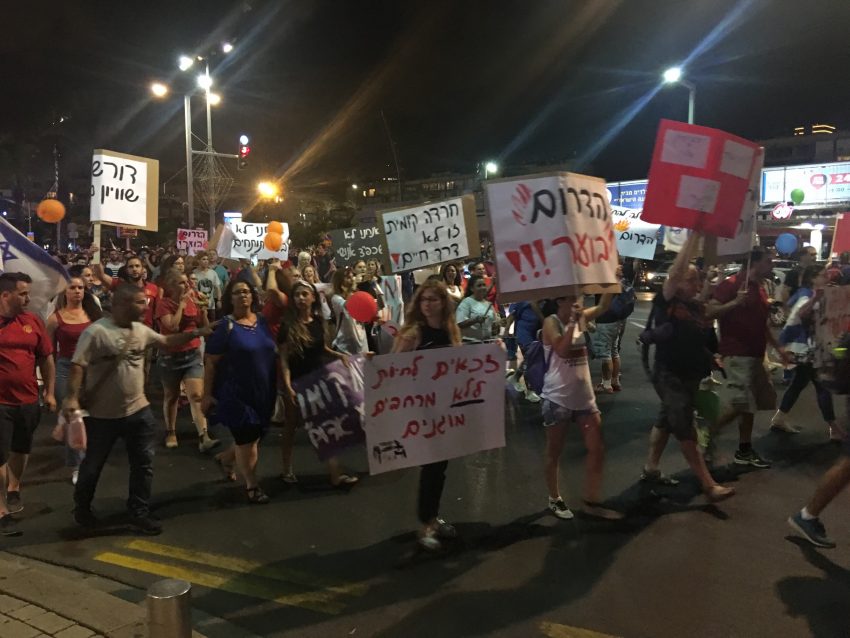 A couple hundred people turned out last Saturday night to protest the continued attacks on Israel’s south from the Gaza Strip. The demonstrators began at Rabin Square in Tel Aviv and then marched north on adjacent Ibn Gavirol Boulevard.

Frankly, the turnout was disappointing. Only a week earlier tens of thousands packed the same square to protest the Nation-State Law. At that protest, made up largely of Israeli Arabs, PLO flags waved amid shouts of “With fire and blood we will redeem Palestine.” On July 21, tens of thousands also filled the square, in that case to agitate for surrogacy rights for gay men.

Neither of those protests involved an existential threat. That’s what Israel’s south is facing. On August 8, rocket fire directly struck Sderot, injuring three. A video filmed during the attack showed a group of children hiding behind a wall as a rocket exploded nearby — catastrophe narrowly averted. How many near misses does it take to fill Rabin Square?

Despite the small numbers, the protesters were energized. They demonstrated creativity —  tying sparklers to balloons and sending them up in imitation of fire balloons. They also blew sirens and dropped to the ground to demonstrate their plight under rocket fire. Both made for effective theatrics. 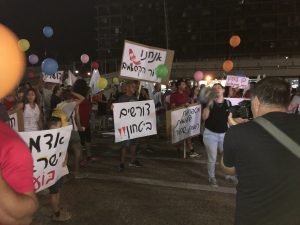 They chanted: “The South burns! Wake up, Mr. Prime Minister!” (it rhymes in Hebrew) and “We will not be cannon fodder.”  Among their signs: “Existential fear is no way of life,” “A child in the Gaza Envelope deserves the same security as one in Gush Dan [the country’s center],” and “We’re the Kassam generation,” among others.

Some Tel Avivians did join them along their march up Ibn Gavirol Boulevard. The protesters took heart from a young man waving a large Israeli flag in solidarity from an apartment window. The demonstrators pointed and waved to him. In a way, it was painful to watch. The residents of the south are clearly hungry for sympathy and support. Here they grasped at what was offered.

Unfortunately, some attempted to hijack the protest, bringing signs — including a huge banner — that read “Crime Minister” and featured a picture of Prime Minister Benjamin Netanyahu. This was not the message the organizers wished to convey. 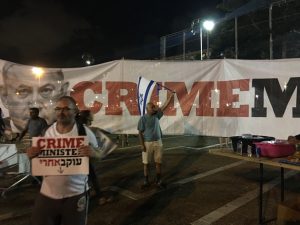 It took some time before they rid themselves of this unwanted tail. At one point, an organizer with a megaphone shouted in their ears  to “disconnect.” The extra decibels appeared to have a salutary effect. The “Crime Minister” banner disappeared.

Southern residents demonstrated a fighting spirit last Saturday. Living under constant threat, they continue to cling stubbornly to their homes. Every one of their protests ought to draw thousands.

Druze or Jews: Who Should Really Be Insulted?