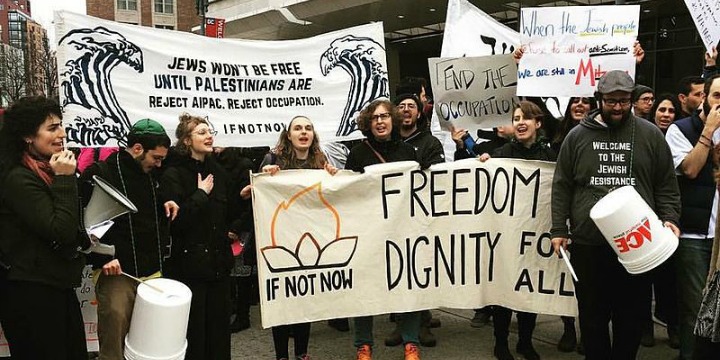 Camp Ramah is in damage control after its head, Rabbi Mitchell Cohen, met with members of IfNotNow. The families of its campers had every reason to be disturbed when news got out of the March meeting. Rabbi Cohen felt compelled to send not one, but two letters, to explain himself. Ramah, after all, serves up a healthy dose of Zionism, Judaism and Hebrew in 10 sleep away camps and five day camps. IfNotNow offers a poisonous brew of Palestinian propaganda and self-hate.

The radical group wanted Camp Ramah to “teach the occupation.” Its “Liberation Syllabus” would no doubt feature prominently in its plan to re-educate the 11,000 campers who attend Camp Ramah. On May 27, it held a seminar to train camp counselors on how to explain the Palestinian narrative to their campers. About a dozen attended from Conservative, Reform, and liberal Zionist camps.

Rabbi Cohen, in his June 11 letter, said he made it clear to them, “we do not allow any anti-Israel, anti-Semitic or anti-Zionist education at Ramah.” IfNotNow tells it slightly differently (if they’re to be believed):

We left with a verbal commitment from Rabbi Cohen that, this summer, more of the painful stories of Occupation would be included in the curriculum. As he put it, “Palestinian narratives… what you would call ‘the harshness of the Occupation,’… is language for real human suffering. It exists and it’s horrible and it’s sad and [it] needs to be part of what we teach kids when they learn about Israel.”

I don’t know what transpired at the meeting, but Rabbi Cohen sounds squirrely when he writes: “Ramah camps have not engaged–and will not engage–in any way with If Not Now as an organization [ed. ital.].” If he’s meeting with a group of individuals from IfNotNow, that sounds like a distinction without a difference. In the next sentence he describes the group as “15 Ramah alumni affiliated with If Not Now.” That’s a curious construction. If he had met with 15 Boston Red Sox players, would he have written, “15 Boston residents associated with Major League Baseball”? In short, he met with IfNotNow. 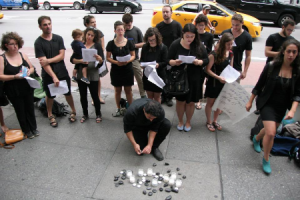 The purpose here is not to beat up on Rabbi Cohen. The problem is much larger. Camp Ramah remains a huge success story, even as the Conservative movement crumbles. As JNS Editor-in-Chief Jonathan Tobin points out: “Unlike Orthodox institutions, Ramah is tasked with servicing a population that is likely to identify as politically liberal – and therefore likely to be critical of Israel government policies.” For this reason, Ramah’s leadership felt compelled to meet with counselors supportive of IfNotNow. It was a balancing act where the rope broke.  Or as Tobin puts it, “they have learned that the problem with venerating inclusion is that doing so can sometimes undermine the institution’s ability to perform its mission.”

Tobin notes that it will be difficult for Camp Ramah to fulfill its promise to prevent IfNotNow’s poisonous message from entering its camps so long as individuals linked to IfNotNow remain on staff. I’d put it more forcefully. Ramah counselors who attended IfNotNow’s seminar can’t stay on. They need to find another camp – perhaps a Gaza refugee camp.

Brothers at War: The Altalena Affair 70 Years On