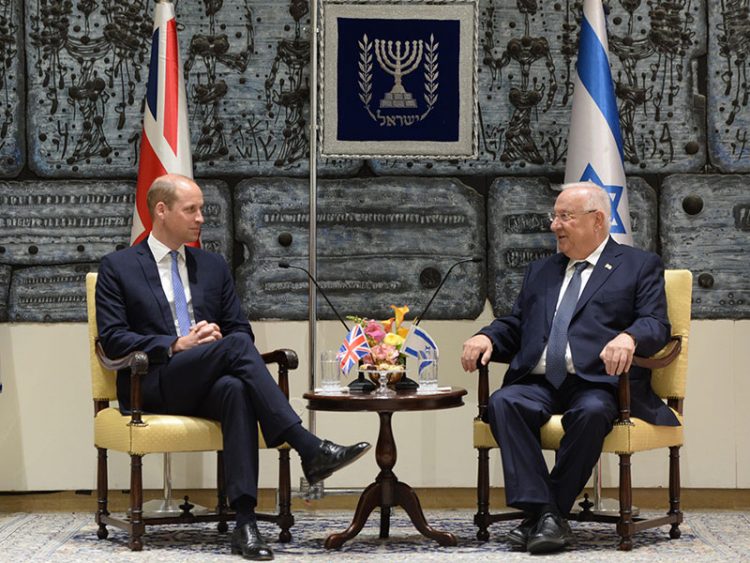 The British royals are the oldest example of BDS in the Western world. For 70 years they have refused to make an official visit to Israel. But that all changed last week when Prince William overcame his family’s Judeophobia and visited the Jewish State. The royals have finally made their peace with Israel’s existence. Or have they?

The problem was apparent before Prince William set foot in the country. His official itinerary listed Jerusalem as “occupied Palestinian territories.” Then, he refused to meet Jerusalem Mayor Nir Barkat in Israel’s capital. As a ‘compromise,’ he invited Barkat to the British embassy in Ramat Gan. Barkat, to his credit, rejected the alternate location and refused to meet William altogether.

Was it Zionist leader Max Nordau who said, ‘Spit on the Jews and they’ll call it rain’? Israel provided a painful example of that observation in the manner it fell over itself in greeting William, who by all accounts is himself a nice guy. The daily papers featured fawning headlines like “Prince Charming,” and “The Conquering Prince,” along with choreographed photo-ops of William eating ice cream on the beach, kicking a soccer ball, glad-handing locals and hobnobbing with Israeli celebrities. 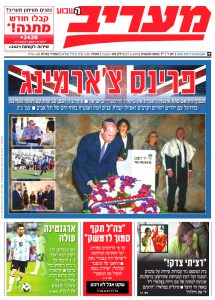 Israel’s leaders strained to find points of identification with the prince. Perhaps most irritating was President Reuven Rivlin noting that he was born a British subject. That Rivlin should make this a point of pride is a bit peculiar as he’s also proud of the fact that his mother and sister fought with the Irgun to drive the British from Palestine, an effort which was successful, and probably explains to some extent the royal boycott of Israel – it’s partly out of pique.

If anyone has the right to be resentful, it’s the Jews. Before the ink was dry on the Balfour Declaration, the British military administration in Palestine turned on the Jews. They discriminated against Jewish soldiers, quickly disbanded the Jewish Legion and encouraged the Arabs to revolt, which they did in 1920 and 1921, and many times after, shouting (quite accurately) “the government is with us” as they clubbed, stabbed and shot innocent Jews. The historian Shmuel Katz in his book Battleground: Fact and Fantasy in Palestine goes so far as to lay most of the fault for the Arab-Jewish conflict at the feet of the British. Whether or not you accept his thesis, the British acted outrageously throughout the 30-year Mandate period. They did everything they could to ensure the Jewish National Home would die stillborn.

Prince William nearly didn’t visit Yad Vashem according to reports. Perhaps his handlers worried it would remind people too much of Britain’s role in the Holocaust, locking Jews in Europe just as the Nazi juggernaut began to steamroll across the continent. If Britain had thrown the gates of Palestine open, as Jewish leaders begged it to do throughout the war, who knows how many tens of thousands, even hundreds of thousands, might have been saved. When William visited Yad Vashem he said, “There is a lot to take in. It’s not easy.” I wonder if he knows the enormity of his own country’s contribution to Germany’s crimes. It would be still harder for him to take in.

The major factor that drove British actions during the Mandate was the fear of antagonizing the Arabs. It’s that same old fear that leads Prince William’s advisers to turn down an invitation from Jerusalem’s mayor and to label Jerusalem “occupied Palestinian territories.” That’s what makes it so outrageous. And that’s why we have to remember.

If you want to learn about The British Mandate period, watch our 5-part series.

How Long Must Gaza Envelope Endure Rain of Fire?