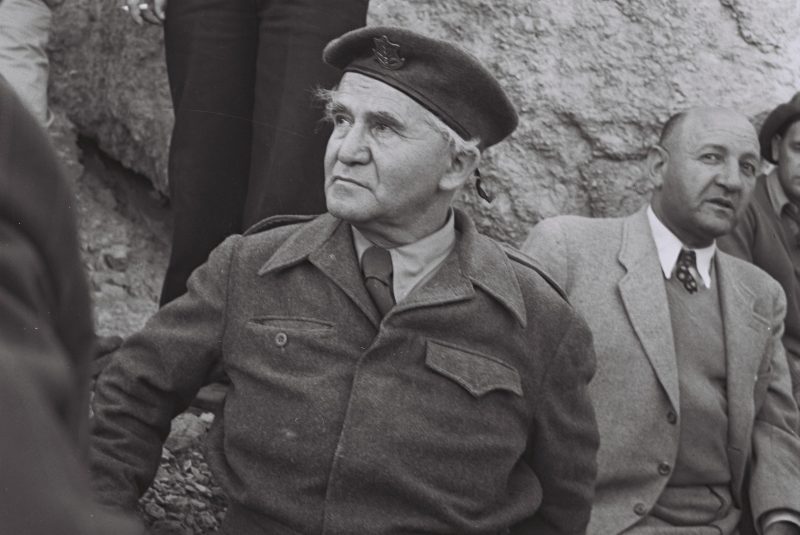 This Independence Day in Israel – on Wednesday – marks a big one. It’s the country’s 70th anniversary. Israelis know how to party – from concerts to block parties to street festivals.  Before the partying, however, it’s worth taking a moment to reflect back on how near a thing Israel’s declaration of independence was.

While future prime minister David Ben-Gurion was determined to declare independence, he needed to convince his Mapai Party colleagues first. The rank-and-file were with him but not all the party leaders. Although Jewish forces had managed to turn things around on the Arab guerrillas in certain places, Ben-Gurion’s fellow Mapai leaders doubted their ability to withstand regular, well-armed Arab armies.

Ben-Gurion had already shown determination in his response to the “temporary trusteeship” proposal for Palestine, which  had been introduced at the United Nations on March 19 by the head of the U.S. delegation to the U.N. Warren Austin.

Ben-Gurion rejected trusteeship, responding both politically and militarily. He formed  the People’s Administration, a thirteen-member provisional government. And, recognizing that the trusteeship idea had gained its tailwind from early Arab successes, he organized Operation Nachshon, a successful effort to break through and resupply Jerusalem.

Nevertheless, America still expressed doubts about partition.  Secretary of State George Marshall met with Moshe Sharett, acting as the provisional government’s foreign minister, on May 8. Marshall warned, “It’s not up to me to advise you what to do. But as a military man, I want to tell you: don’t rely on your military advisers. They’re intoxicated with success after their victories. What happens if there’s a protracted invasion? Are you considering how that will weaken you?”

Dr. Chaim Weizmann, who played an important diplomatic role in the States, tried to boost Sharett’s morale. (Although Weizmann was often considered weak in the face of pressure and was frequently at odds with Ben-Gurion, here he was of one mind with the future prime minister.) Weizmann told Sharett to deliver his personal message to Ben-Gurion and his colleagues: “Moshe, don’t let them weaken, don’t let them swerve, don’t let them spoil the victory — the Jewish state, nothing less.” 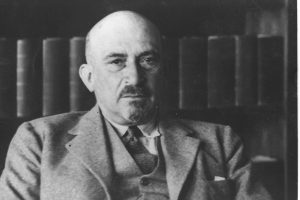 But Sharett was badly shaken by his meeting with Marshall and on May 11 arrived at Ben-Gurion’s home to report what Marshall had said and to add, “I think he’s right.” Ben-Gurion told Sharett to repeat everything to the Mapai Central Committee (meeting later that night) but to promise him one thing. Leave out the words “I think he’s right.”

Ben-Gurion understood the weakness of his colleagues at this decisive moment. Opponents in Mapai to declaring a state looked forward to the ammunition they expected Sharett to provide in his report. They were surprised and disappointed as Sharett left out his misgivings and concluded: “The risk involved in postponing the proclamation of the state, or of independence, is graver than the risk in taking the step.”

Emerging from the Mapai meeting with a majority in favor of a state, Ben-Gurion spent most of the next day in an 11-hour meeting with the People’s Administration, three of whose members were absent, one in the U.S. and two trapped in Jerusalem. Here the actual decision for declaring the state was made. With somber reports from military heads Yigal Yadin and Yisrael Galili, and bad news pouring in from the fronts, it was not surprising that the vote was close: 6-to-4 in favor of proclaiming statehood.

On May 14, at the Tel Aviv museum, Ben-Gurion declared the State of Israel.

That was 70 years ago this week on the 5th of the month of Iyar according to the Hebrew calendar, which is Friday. But Israel celebrates starting Tuesday night. Guess they couldn’t wait to party.

Is Poland Innocent of Holocaust Complicity?