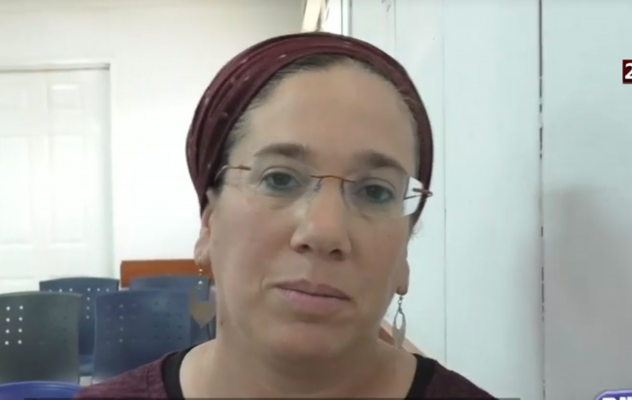 The fish rots from the head down. Israel’s Supreme Court – so proud of its Arab member who refuses to sing Hatikvah – is by now expected to undermine the Jewish state’s best interests. But when the sickness reaches the military court, you know it’s not just the head that’s decomposed.

On April 11, the Judea Military Court ruled against Nirit Zmora, who had been stabbed in the back two-and-a-half years ago by an Arab terrorist from Hebron. She had been standing in a supermarket parking lot. The terrorist yelled “Allah Akbar” and plunged a knife into her. The knife broke and the terrorist fled. The court refused to charge the terrorist with attempted murder but only with the lesser charge of aggravated assault.

According to the judges, it was impossible to improve intent to murder because the terrorist, named Hamza Faiz, stabbed her in the back and not in the chest (huh?) and did so with a short knife (huh?). Also, he only stabbed her once. But here remember, the knife broke. 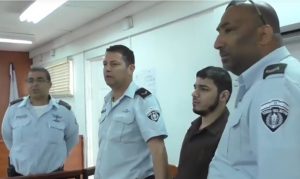 The terrorist in court. Credit: Channel 20

The judges wrote, “Even when a stabbing offense is committed with a nationalistic background, it is necessary to point to the existence of an intent to kill, and when it is doubtful whether we are dealing with the intent to kill or intentionally cause harm, it acts in favor of the accused.”

Nirit, who still suffers physically from her wound and undergoes continual rehabilitation, said she now feels the court also “stabbed her in the back.”

The ruling has led to an uproar. Two weeks later, the prosecutor appealed, saying there was new evidence that the terrorist had flat-out admitted he was trying to murder someone. The court has yet to reach a decision on the appeal.

Nirit’s husband Shmuelik said that not only are the eyes of Israel’s citizens turned to this case but also those of potential terrorists. No doubt. Such a ruling sends exactly the wrong message, that terrorists can attack with impunity and without fear of repercussion. 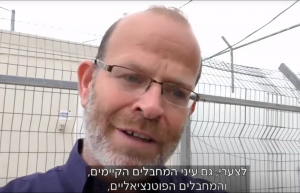 At the appeal, Nirit said that she couldn’t believe that “a court in Israel, a military court that is supposed to do everything it can to defend the citizens of the State of Israel” could have arrived at a such a decision.

All eyes are indeed turned to the court’s next step.

Brothers at War: The Altalena Affair 70 Years On