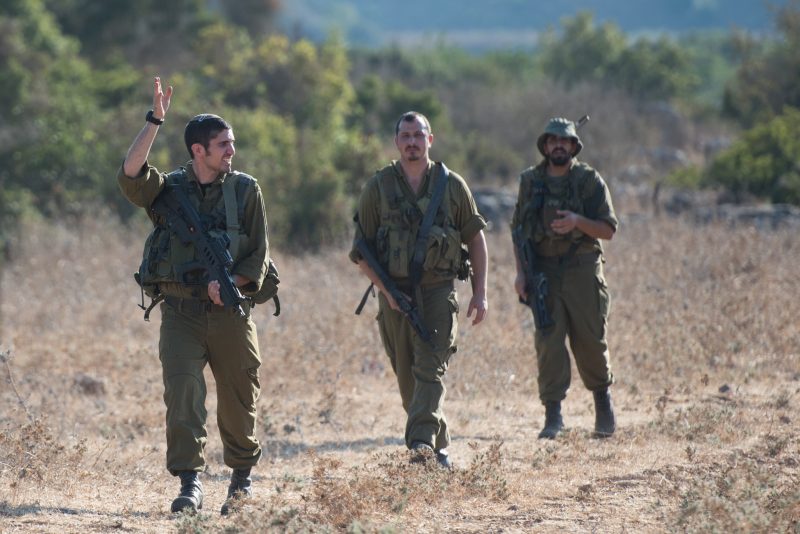 I recently reviewed Israeli National Security: A New Strategy for an Era of Change by Charles D. Freilich (Oxford University Press, 2018). The book reminds me of an episode of the 1980s British sitcom Yes, Prime Minister. The series follows the ups and downs of fictional Prime Minister Jim Hacker. It was created by Jonathan Lynn, whom I mention not only because he wrote a terrific sitcom but because he also happens to be the nephew of Abba Eban.

In the episode in question, “The Ministerial Broadcast,” Hacker plans his first official TV appearance as prime minister. Hacker is torn between giving a bold speech about his “Grand Design,” an exciting new defense strategy. Or he can play it safe and say nothing special.

If he chooses to say nothing special (something his staff eagerly wishes for) his public relations manager suggests offsetting the boring speech with high-tech furniture, high-energy yellow wallpaper and abstract paintings — “in fact, anything to disguise the absence of anything new in the actual speech.” However, if Hacker goes with the dynamic, “Grand Design” speech, the PR man proposes a “reassuring, traditional background — dark suit, oak paneling, leather volumes, 18th century portraits.”

The reason the book reminded me of this episode was its subtitle: “A New Strategy for an Era of Change.” Here was the promise of something dynamic, exciting, perhaps even groundbreaking. Yet, the subtitle, like high-energy yellow wallpaper, is only there to distract from the fact that the book offers the same old discredited policy that’s brought nothing but misery to Israel: the two-state solution.

So old, tired and just plain awful is the author’s suggestion that I suggest a new mock strategery award be created just so that we can give it to him.

You can read the full review on the Washington Free Beacon website or below.

And if you haven’t already, please sign up for our free courses.

And I’d be remiss if I didn’t include a link to the full episode of The Ministerial Broadcast.

How Not to Secure Israel 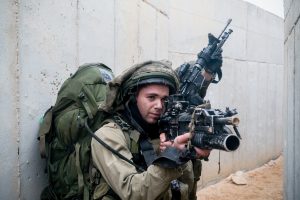 Review: ‘Israeli National Security: A New Strategy for An Era of Change’ by Charles D. Freilich

“Surprisingly, perhaps, Israel does not have a formal national security strategy, or defense doctrine, to this day,” writes former Israeli deputy national security adviser Charles D. Freilich. Israeli National Security: A New Strategy for an Era of Change is his effort to move Israel closer to creating one. According to Freilich, David Ben-Gurion was the only “sitting leader to conceptualize an overall national security strategy,” and with the dramatic changes to Israel’s security situation since, a new one is needed. He may be right, but the reader leaves this book hoping that Freilich isn’t the one to develop it.

Freilich describes “a growing sense among both practitioners and scholars alike, that Israel has lost sight of its strategic objectives and course as a nation.” On the practitioner side, he notes that there have been efforts to chart a course, notably the 2006 Meridor Report, and a 2015 document “IDF Strategy.” But the former proposal was never adopted and the latter is a military paper and not the required higher-level strategic overview, something that the report’s authors themselves admit. On the scholarly front, Freilich describes as “remarkable” the lack of comprehensive assessments of Israeli national security strategy in academia–the “vast literature” on Israel’s foreign and domestic affairs notwithstanding.

Freilich sees it as his mission to fill the gap, and he makes a serious attempt to provide a bird’s-eye view of Israel’s strategic situation. He covers a wide-range of topics, from the numerous military and diplomatic threats Israel faces to socioeconomic factors that affect Israel’s strategic posture to the influence of the U.S.-Israel “special relationship.” A good editor could have profitably cut as much as 100 from the book’s 384 pages, given the extent of repetitions.

Despite Freilich’s insistence that “Israel has never been stronger and more secure militarily,” the picture that emerges from his prose is actually quite disturbing. While Israel may not have faced an existential threat since 1973, neither has it won a decisive military victory since Lebanon in 1982. “Indeed, all of the major rounds between Israel and Hezbollah, from 1983 to 2006, ended unsatisfactorily for Israel,” Freilich writes. Hamas’s and Hezbollah’s strategy of a war of attrition seems to be working. Israel is severely limited in its response. It wants to avoid escalation, international opprobrium, and high casualties. It also wants to steer clear of controlling more territory. Freilich notes that the Winograd Commission (the commission that investigated the failures of the 2006 Lebanon War) laid the blame for that war’s operational shortcomings on the “IDF’s mystical fear of conquering additional territory.”

One statistic reveals how ineffective Israel has been at stopping Hezbollah. On the eve of the 2006 war, Hezbollah had 12,000 to 14,000 rockets that could reach the northern third of Israel. It now has 130,000 to 150,000 longer-range rockets that can reach most of Israel. Hezbollah is also developing precision missiles, a potential “game changer,” says Freilich, as these could seriously disrupt IDF operations. And while Israel has done a remarkable job developing anti-missile defenses, there is a dramatic difference in cost between its systems and the price of the enemy’s rockets. An Iron Dome interceptor costs between $35,000 and $50,000. An Iron Wand interceptor costs $700,000 to $1.25 million. Hezbollah’s armaments, in comparison, only cost a few thousand each.

Freilich qualifies his support for the assessment that Israel’s strategic environment has been transformed for the better by adding the caveat “unless Iran or some other country acquires nuclear weapons.” Freilich says the verdict is still out on the Iran deal, but you have to be drinking a special Kool-Aid not to believe that Iran’s ultimate goal is to obtain a nuclear arsenal. Freilich also warns that an Iran-Hezbollah-Syria axis will be “the worst of all the bad potential outcomes of the civil war” in Syria. Events following the book’s publication strongly suggest that precisely such an axis will be the final result.

If these military threats aren’t enough, Freilich devotes a section to nonmilitary dangers, which he says may be even more hazardous to Israel’s future. There’s the BDS campaign, U.N. resolutions, a hostile E.U., an anti-Israel international media, and demography, which Freilich calls a “nonlethal existential threat.”

On demography, Freilich uncritically adopts a worst-case scenario, even though population projections have been consistently wrong. David Ben-Gurion was famously warned by demographer Roberto Bachi not to declare a state for demographic reasons. Bachi was the mentor of Hebrew University demographer Sergio DellaPergola, for whom Freilich expresses admiration, and who has followed his mentor in making false predictions, incorrectly forecasting an Arab majority west of the Jordan river, dismissing the prospect of an Aliyah wave from the Soviet Union, and warning of a drop in Jewish fertility, which has since gone on to surge in an unprecedented fashion. It’s also unclear why Freilich relies on the Israel Central Bureau of Statistics, which hasn’t audited Palestinian Arab numbers since 1997, overlooked the decline in the Arab population’s relative growth, and incorrectly predicted Jewish birthrates.

The first 340 pages of Israeli National Security offer an overview of the strategic landscape. It’s only in the last chapter that Freilich gets down to tachlis—brass tacks—and offers his recommendations. Here the reader is in for a major letdown. While a few suggestions might have merit, they are overwhelmed by the sheer bone-headedness of his main recommendation. His No. 1 policy prescription is that Israel must implement the two-state solution. If Israel can’t make peace with the Arabs (and he admits the chances are meager), then it must separate from them.

What makes this all the more astonishing is that Freilich’s declared aim in writing this book is to develop—to quote the subtitle of his book—”a new strategy for an era of change.” But this isn’t a new strategy. It’s the same old, failed strategy. It’s hard to say which is more mind-boggling, Freilich’s foolish proposal or his sheer lack of creativity in advancing it. The Golden Raspberry (or Razzies) is a mock award for worst film. Freilich’s suggestion merits a new award for worst strategic recommendation. Perhaps we can call them the Strategery Awards.

Strangely for an analyst, Freilich does not even address the potential downsides of his proposal, even though elsewhere in the book he notes how retreats in Lebanon and Gaza worsened the strategic situation. In the case of Gaza, Hamas fired over 17,300 rockets at Israel between 2001 and 2014, of which more than 12,500 were after the unilateral withdrawal from Gaza in 2005.

Freilich clearly has not heard of the first rule of holes. He wants to keep digging: Abandon a central mountain ridge and shrink Israel’s midsection to an 8-mile waistline. Even Weight Watchers wouldn’t approve of such a dramatic loss. His solution brings to mind Robert Conquest’s remark, in Reflections on a Ravaged Century, that “experts who were expert in expertise rather than reality” mismanaged NATO’s Kosovo war. Freilich is such an expert.

Freilich’s chief argument for his case is that Israel’s control of Judea and Samaria has had a “ruinous” impact on Israel’s international standing. He never analyzes the roots of international hostility, which is based on factors that have far less to do with Israeli policy than with an active and largely unchallenged Arab propaganda machine, a dishonest international media, the fear of and attempt to appease the growing Muslim populations in Western European countries, and a historical antipathy to Jews that has carried over into animus against Israel. One of the main claims advanced for the Oslo agreements of 1993 with the PLO was that they would improve Israel’s image. Instead they invigorated Israel’s enemies and demoralized her friends.

Moreover, if Freilich is worried about Israel’s international standing now, just wait until there’s a Palestinian state and Israel is forced to invade a sovereign country in order to stop terror attacks. The opprobrium that will rain down on Israel will make today’s pressures look like a picnic. With Israel holding fast in recent years, BDS has not succeeded, nor have countries shied away from doing business with Israel, which they can ill afford to do given the start-up nation’s technological prowess. Now the United States is moving its embassy to Israel’s capital and other countries are following suit.

And while the author argues that much of the Israeli public opposes settlement policy, he ignores the fact that the rest of the public supports it. What is the danger to Israel’s social fabric from another ill-conceived retreat? Israel may not have descended into civil war during the 2005 disengagement from Gaza when some 10,000 Jews were evicted from their homes. Can the same be said for a much larger eviction from Judea and Samaria?

Finally, and incredibly, Freilich writes, “It is an open question whether the conflict with them [the Palestinians] is over the 1967 issues or over Israel’s very existence.” Really? If Freilich hasn’t figured that one out yet, he’s in the wrong line of work.

A Passover Message on Freedom and Return

Is Poland Innocent of Holocaust Complicity?