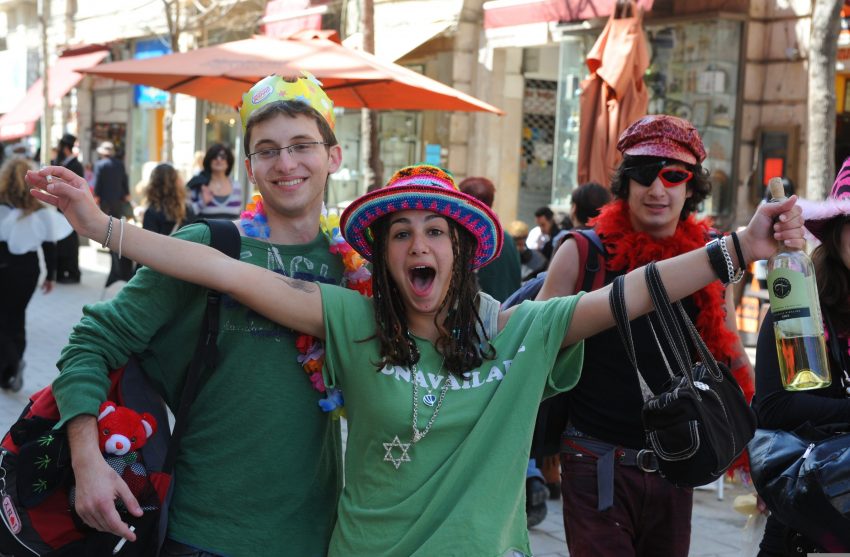 Eighty-nine percent of Israelis say they’re “very satisfied” or “satisfied” with their lives, according to an end-of-year survey put out ahead of the Jewish New Year by Israel’s Central Bureau of Statistics. The numbers are for the year 2017.

The survey has received a fair amount of air time in Israel, though none have thought to compare it to U.S. numbers. A May-June 2018 survey found only 68 percent of Americans were satisfied with their lives. I say “only” in comparison to Israeli numbers. The U.S. results conducted by East Carolina University researchers is actually considered quite positive. It might be unfair to compare these two surveys, (not being a statistician) but it’s worth noting if only because Israelis still view America as the Goldene Medina.

The survey did find that 37 percent of Israelis were unsatisfied with their economic situation. Economics is the main driver sending Israelis abroad. They mainly travel to America or Europe. It’s not clear how many are in America. Numbers vary. The U.S. Department of Homeland Security puts it at 250,000. Israel’s U.S. Embassy says the number is between 750,000 and 1 million, according to a Times of Israel report.

Israeli attitudes might be changing about the U.S. A Channel 12 program, Between Nes Ziona and Arizona, follows popular television host Chaim Hecht as he travels to America and shows it’s not as great as Israelis believe. His portrait of America is poorly drawn and superficial. His motivation, which he doesn’t hide, is to make up for glamorizing America to his son who unsurprisingly moved there as an adult. Blaming himself for his son’s departure, Hecht tries to make up for it by bad-mouthing the country he once admired. He’d have been better off just seeing a psychiatrist.

But Israelis are watching the program. In a way, it’s not so different from the distorted view Americans receive about Israel. Americans hear about ‘Israeli occupation.’ Israelis now hear about ‘U.S. gun violence.’

Recently, while I stood in a check-out line at a Home Center store, a cashier opened a second register to speed things up. The last person in our line leaped over to the open register. I told the man in front of me, “I’ve never seen that in the U.S.” He replied, “Yes, but in America you can be shot dead anytime.” “You could say the same about Israel,” I shot back. “Yes, but less,” he nodded. I wondered A) How skipping ahead in line is comparable to mass shootings and B) If he had been watching Between Nes Ziona and Arizona. I regret not asking him.

The main thing is that Israelis are happy. The survey is of a piece with the UN Happiness Index, which placed Israel 11th for the fifth year in a row. The CBE report said 26,357 immigrants moved to Israel in 2017 with 10 percent of them coming from the U.S. If the economy continues to improve in Israel the numbers will surely go up. That’s something for Zionists to celebrate.

Shanah Tovah and best wishes for the New Year.

'The South Burns!' But Few Show Solidarity for Embattled Israelis