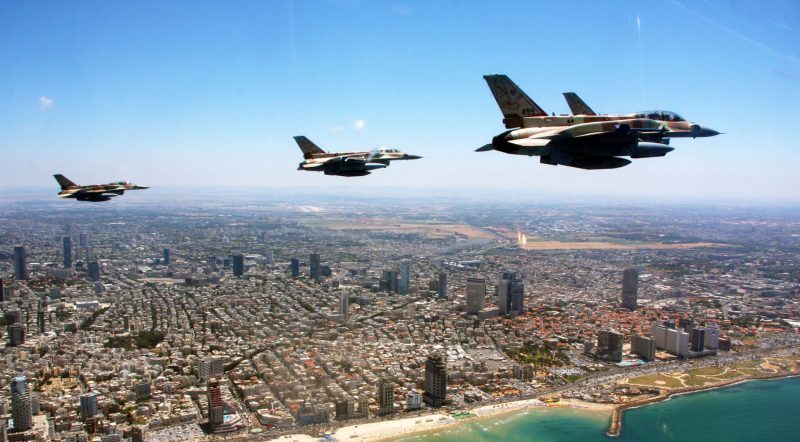 In Tel Aviv, young people danced in the streets until the early hours. DJs yelled at them to stick to the sidewalk so the cops wouldn’t come. The carousing was all good-natured.

And the fact is, they do have a lot lot to celebrate.

Israel enjoys one of the fastest growing populations in the world. In 1948, there were only 650,000 Jews in Israel. Now there are 6.679 million. Since Israel’s founding, 3.2 million immigrants have come. Israel will soon surpass the U.S. as the place with the largest Jewish population on the planet.

And the economy is booming. In 2018, Israeli exports approached 60 billion. It’s still making waves in high-tech. And tourism is through the roof. A record 4.1 million tourists visited Israel in 2018

But there is cause for concern, too.

No one in Israel is satisfied with the way things are going against the terrorists in Gaza, who seem to be calling the shots as they fire rockets into Israel.

Watching Jewish families in Israel’s south huddling in safe rooms and running for cover is a painful sight. Many suffer post-traumatic stress. When Israel’s air force saluted the southern residents with a flyover on Independence Day, some children ran for the exits, thinking that it was another attack.

Hezbollah in the north is the more serious threat, Israeli security experts say. Although Israel nullified the terror group’s tunnels, they’re still pointing 150,000 rockets at Israel, of a type more sophisticated than found in Gaza.

Iran, its main funder, is the biggest threat of all. The pressure at least is now on the Islamic Republic.

Then there are the Arabs who live in Israel. Perhaps it’s un-PC to say, but some Israeli Arabs acted in an ungrateful manner on Independence Day, protesting the Naqba, or “catastrophe,” That is what they call Israel’s birth.

Arab Knesset members joined the protests. Though enjoying all the benefits of sitting in Israel’s parliament, they condemn the country’s right to exist. I sometimes wonder if freedom of speech devoid of common sense is really freedom of speech.

Then there is the movement to delegitimize Israel. There is a danger those delegitimizers are getting mainstreamed. In April, New York University gave an award to Students for Justice in Palestine, the leading student wing of the Boycott, Divestment & Sanctions movement.

As the Jerusalem Center for Public Affairs notes, “SJP is an extremist organization that maintains affiliations with Arab and Islamic terror groups, is overtly anti-Semitic, incites hatred and violence against Jewish students, and rejects the existence of the state of Israel in any borders.”

Still, despite the worries, Israel’s situation is far better than it was in 1948. Militarily and economically it’s stronger than ever. Hopefully, as the Bible says, it will go from strength to strength.

Learn about Zionism by signing up for our courses.

Israeli Futurist's Warning Is Also Cause for Celebration