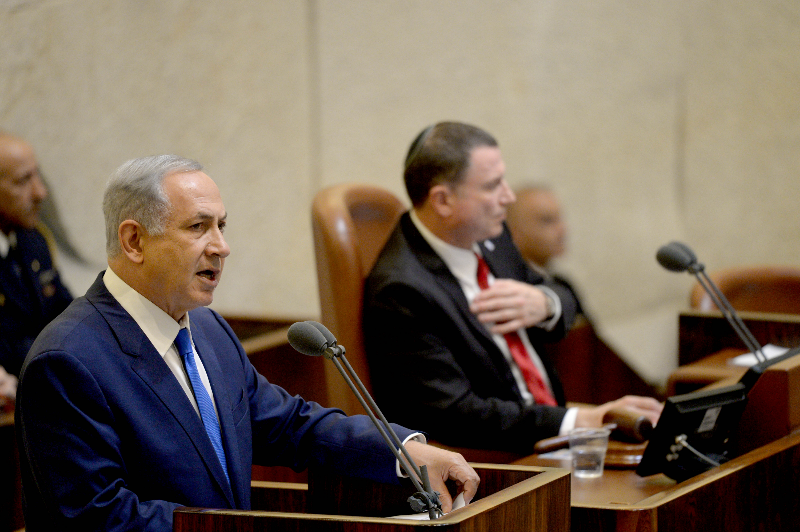 The Washington Free Beacon asked that I do a piece about Israel’s new Nation-State Law which has been attacked from many quarters over the last week. The following is reprinted with their permission.

On Tuesday, Turkish President Recep Tayyip Erdogan declared that the “spirit of Hitler has been revived, Israel is the most fascist and racist state.” He then called on—well, everybody—”to work against Israel.” What sent Erdogan into orbit was Israel’s newly minted Nation-State Law, which passed last week by a vote of 62 to 55 after a boisterous Knesset debate lasting over eight hours.

The law declares the Land of Israel is the Jewish people’s historic homeland. It identifies symbols of the state—the flag with its Star of David, the menorah, the national anthem Hatikvah (“the Hope”). It codifies certain official holidays like the Sabbath, recognizes Hebrew as the official language and proclaims encouragement for Jewish immigration and Jewish settlement.

Much of this sounds ho-hum. The law in good part is a reprise of Israel’s Declaration of Independence, which proclaims that it is the “natural right of the Jewish people to be masters of their own fate, like all other nations, in their own sovereign State.”

Nevertheless, the Nation-State Law is significant:

1) It gives the 1948 declaration the force of law. As the first president of Israel’s Supreme Court said: “The Declaration expresses the vision and credo of the people; but it is not a constitutional law making a practical ruling on the upholding or nullification of various ordinances and statutes.”

For many years, Israeli legal scholars have called for turning the Declaration into a Basic law—Basic Laws in Israel have greater force than other laws as they cannot be easily overturned. Israel has about a dozen such laws. They are akin to a Bill of Rights in a country that has yet to pass a constitution.

2) The Nation-State Law makes clear that Israel is a Jewish state. It will be surprising to some that such a thing needs to be clarified at all. But in Israel, a battle rages over whether Israel should be a Jewish state or a ‘state for all its citizens.’ In June, three Arab MKs attempted to introduce a law called “Basic Law: The State for all its Citizens.” If it was just an Arab minority which held such a position, that would be one thing. But as Yoram Hazony, president of the Herzl Institute, details in his 2001 book, The Jewish State: The Struggle for Israel’s Soul, there is a concerted effort on the part of Israel’s elites to break with their Jewish past and erase their Jewish future.

A stronghold of these elites is Israel’s Supreme Court, whose justices espouse a progressive, universalist, and post-Zionist worldview. There’s little doubt this worldview has shaped the Court’s decisions, as recently documented in a report by the Israeli group Regavim.

In one of the rare thoughtful responses to the Nation-State law, Dror Eydar, opinion-page editor of Israel Hayom, points out that the law returns balance to the equation a “Jewish-democratic” state. Basic Laws already exist defending the rights of every Israeli citizen. Yet, until last week no Basic Law existed to protect Israel’s Jewish character. As Eydar writes:

Not only do people have rights, but the Jewish people have the right to a state of their own in the Land of Israel. … Individual rights, human rights, civil rights – everyone has those. … But national rights in the State of Israel belong to only one nation: the Jewish people. Israel cannot be a state of all its nationalities – a Jewish, Muslim and Christian state. We returned to Israel in order to establish our one state. In the last three thousand years, there has been no separate political entity in this country, which was not Israeli or Jewish. Within the state, everyone has equal rights – as individuals; not as a nationality. Only in this way will our future be assured. It’s not just right. It is also moral.

Eydar’s words should embarrass the law’s Jewish critics, from opposition politicians like Meretz MK Tamar Zandberg who decried it as “coercive and belligerent jingoism” to Israeli media pundits who denounced it as “racist,” “destructive,” “a moral collapse.” The pile-on extended to the United States where the American Jewish Committee, the Union for Reform Judaism, and the ADL jumped in before the ink was dry, the first saying it was “deeply disappointed,” the second saying it causes “enormous damage to the legitimacy of the Zionist vision,” and the last declaring the law “raises significant questions” about Israel’s commitment to its “democratic nature.”

The shrill attack of Erdogan is one thing. Dreamer of a new Caliphate, he invests heavily in Arab areas of Jerusalem to play custodian of the Muslim sites. The Nation-State Law offers him one more opportunity to posture as leader of all Muslims. Equally comprehensible is the reaction of Israel’s anti-Jewish Arab parliamentarians, who shouted ‘Allahu Akbar” after the law passed, tore up their draft copies and had to be forcibly escorted from the hall.

But as Martin Sherman, executive director of the Israel Institute for Strategic Studies, notes, “far more inexplicable, unacceptable, and inexcusable is the fact that over 40 self-professed “Zionist” MKs voted against the bill—including the perversely named “Zionist Union,” Yair Lapid’s Yesh Atid, as well as the left-wing Meretz faction.”

Indeed, that Jewish Knesset members, Israeli pundits and American Jewish leaders should share a position with an Islamist dictator ought to give them pause, or at least, give second thoughts to those who would heed them.

If anything, it proves that the need for the Nation-State Law was acute.

How Long Must Gaza Envelope Endure Rain of Fire?

Druze or Jews: Who Should Really Be Insulted?