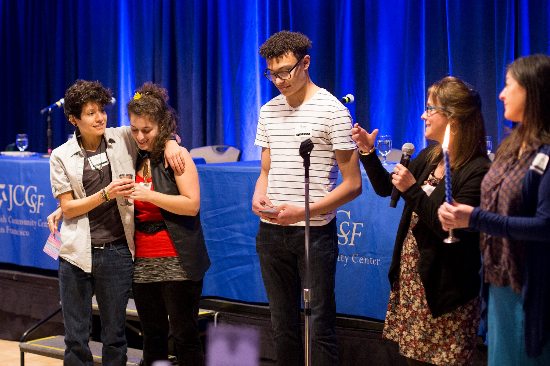 If ever there was an argument for the need for better Zionist education, it’s a new population study focusing on the Jewish community of the San Francisco Bay Area.

Of course, the study finds sky-high intermarriage rates – up to 66% for those under 35 with only 26% of intermarried couples raising their children as fully Jewish. Not that organized Jewry cares anymore. As Jonathan Tobin, editor-in-chief of the Jewish News Syndicate, points out in his excellent analysis of the study, Jewish professionals have given up trying to change the trends of intermarriage and assimilation.

What the population study also finds is that:

“Fewer young adults than their elders…

• see the Jewish state as very important;
• are comfortable with the idea of a Jewish state;
• sympathize with Israel more than with the Palestinians”

Organized Jewry might have come to accept “with a good grace” in Tobin’s words the new reality of an ethnically diverse community, but does that mean it must accept an anti-Israel one, too? At what point do we draw the line? If the future of American Jewry is a hodgepodge of ethnicities that prefer Palestine over Israel – newsflash – that can no longer be considered Jewry.

Instead of just going with the assimilationist flow, which has the been the case until now, our leaders should emphasize initiatives that educate about Israel, Zionism and the rich and proud history of the Jewish people. As Tobin warns, unless we “change our funding priorities … there’s little question that San Francisco, with its low rates of affiliation, observance and caring about Israel, and its high rate of diversity, shows us where the rest of American Jewry is heading.”

ZionismU, which provides a filmed history of Zionism, is a step in the right direction and toward a brighter Jewish future.

Israel’s Demographic Time Bomb: Not What You Think