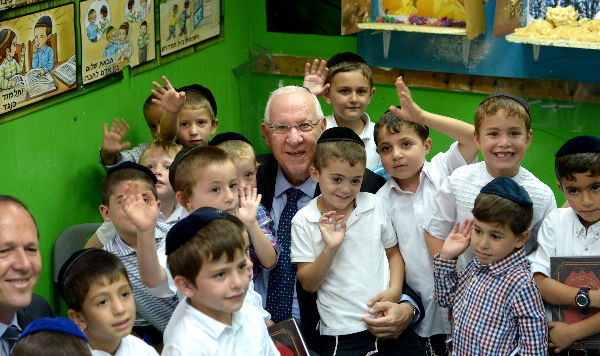 For years, Israelis have been warned by “experts” that if they don’t give up Judea and Samaria they will be doomed by an Arab demographic time bomb. Whoops, never mind that. It’s now a Jewish time bomb demographers are warning about.

Israeli Jews are having too many children, said Prof. Alon Tal, chairman of Tel Aviv University’s department of public policy, at an academic conference on Tuesday.  Israel’s population is growing by two million every 10 years, he noted, with an Israeli family numbering an average of 3.1 kids, much higher than the 1.7 children-per-family average in most Western countries.

“We are basically on a treadmill that is running faster and faster, and the gap between infrastructure and demand is getting bigger and bigger,” Tal said.

Prof. Tal comes at the problem from a sustainability perspective. He claims Israel will run out of resources. His prescription is more abortion, more birth control and fewer incentives for large families. Putting aside his predictions and prescriptions, the fact is that at the start of 2017 Israel’s Jewish fertility rate (3.16 births per woman) for the first time surpassed Israel’s Arab fertility rate (3.11).

Getting it Exactly Wrong

This is, as noted, completely at odds with what Israeli demographers had been predicting for decades. Haifa University demographer Prof. Arnon Sofer was the loudest warning voice. In a 2008 paper, he described a “doomsday scenario” where Israel would be reduced to a post-Zionist “Tel-Aviv state” by 2020. “The demographic clock is ticking against the Jews of Israel at great speed,” he warned. We’re only two years from Sofer’s ‘end-times’ prediction, and lo and behold, he got it exactly wrong. It’s the Jews who are busting out all over. 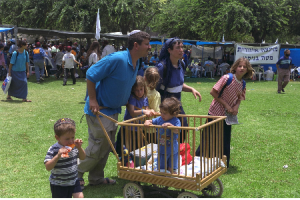 The few voices that had spoken out against these Cassandra-like warnings were treated with contempt. Former Israeli diplomat Yoram Ettinger was called “delusional” for analyzing the numbers and finding that all was not lost — the Palestinian Arabs had been lying about their population numbers (Sofer accepted Palestinian statistics at face value, a curious thing to do given their penchant for lying about, well, everything). Ettinger also argued that the Arab birthrate was changing. Indeed, the Arab birthrate has slowed — down from 9.5 births per Arab woman in 1960.

Now we’ve come full circle. Yesterday, Prof. Tal went so far as to say, “Today Arabs are averaging roughly 40,000 births a year and the Jews are averaging over 100,000. So if there was a demographic battle, it’s over.”

That’s something to celebrate.