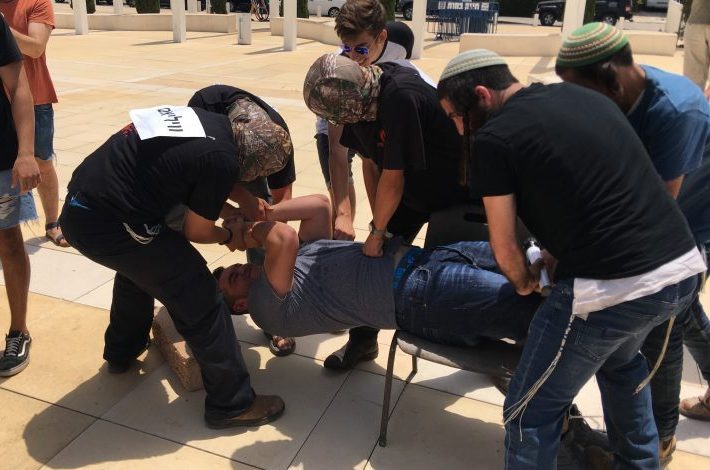 On Tuesday, the Jewish suspects in the Kfar Duma case, in which three members of an Arab family were burned to death by a firebomb in July 2015, received a certain degree of satisfaction when an Israeli court threw out all the confessions obtained under torture.

The shocking fact that Israel’s General Security Service (GSS), better known as Shabak, or Shin Bet, had tortured Jews, (having received orders to do so by then-Attorney General Yehuda Weinstein) has been known since 2016. Shocking still is how long it has taken for the court to throw out the confessions.

Tzion Meir, an attorney of the accused, said, “I’m pleased that the court showed great legal courage in accepting our statements that there is no accepting these kinds of interrogation methods and in its judgment that admissions obtained by these methods must be disqualified.”

It’s debatable whether “great legal courage” was shown by throwing out confessions made under torture, especially when one of the accused, Amiram Ben-Ulliel, the first minor arrested, still faces criminal charges. The court upheld a further confession he gave, which they said was made voluntarily. “Ben-Ulliel carried out a reconstruction of the attack out of choice, and with a certain amount of pride…,” the court said.

Perhaps, but as his attorney, Asher Ohayon, noted back in March: “The methods of torture were cruel, very original, and had never been used in Israel until now. And thus after almost three weeks had passed, and he was maintaining his silence, his silence broke, as did his body, and his soul. In the hands of his interrogators he became as clay in the hands of a sculptor.”

The torture is painful. A Shabak representative, who had tried the methods out on himself, admitted even “very painful.” On June 7, I witnessed a demonstration of one of the methods at Habima Square in Tel Aviv. The event was put on by the Jewish activist group Otzma Yehudit. They showcased one method, the only one the GSS has admitted to using, they said. It involves handcuffing the subject and stretching him over a chair. One interrogator pushes in the suspect’s stomach quickly and repeatedly while another shouts at him to confess. A volunteer from the crowd quickly “confessed” after a few minutes. Incredibly, the real thing could go on for seven hours, an Otzma representative said. 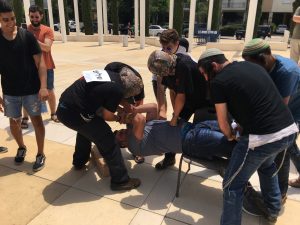 More than a little perplexing is the lack of editorial reaction from the Israeli newspapers on Wednesday, the day after the ruling. The court decision was well covered in the news pages, but the opinion pages, aside from an excellent cartoon in Israel Hayom, seemed more interested in calling out President Trump for separating babies from their families.

If Israel is torturing its citizens to elicit false confessions, its media might think twice before criticizing another country, especially when the leader of that country has just left the UN Human Rights Council to show solidarity with Israel.

Israel Forgets Its History in Rush to Please Prince William