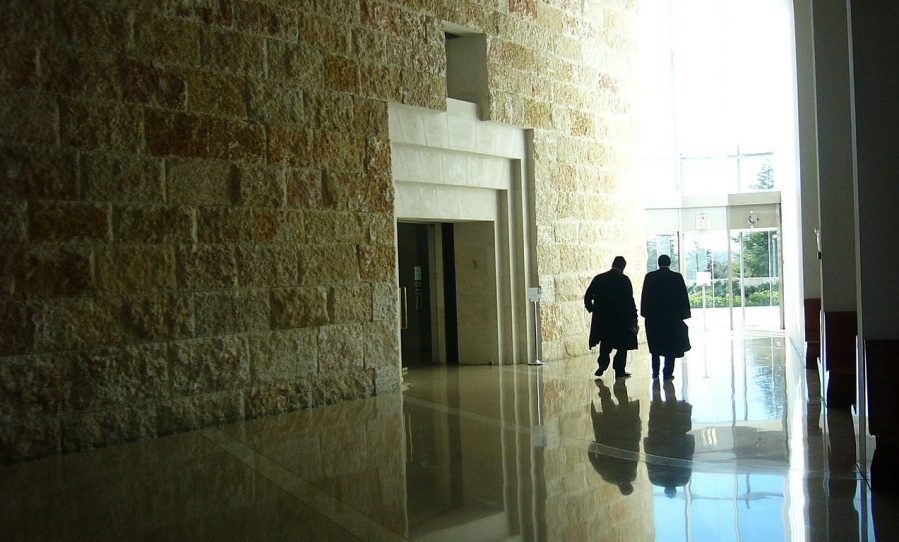 Lara Alqasem it appears is to the manner born. The latest on the 22-year-old BDS supporter involves not herself, but her father, Rafiq, who it turns out is a raging anti-Semite.

Rafiq promotes on social media neo-Nazi conspiracies, ex-Klu Klux Klan leader David Duke and Zionist hating Brother Nathanael, a crackpot even among crackpots. Lara’s dad also spreads lies about Jewish power and compares Israel to Nazis, the modern anti-Semite’s bread-and-butter. What they’re really saying is they want someone to try and kill all the Jews once again.

Sites that have reported about Lara’s Jew-hating old man provide links to his Facebook page. All the links are broken, meaning her father took them down, just not as fast as Lara did. She had the smarts to purge her social media accounts before coming to Israel.

Lara served as president of Students for Justice in Palestine (SJP) for the 2016-2017 school year at the University of Florida. A 2014 expose of SJP in The Tower summed up the group well:

SJP and/or its members spend almost all of their energy demonizing Israel, advocating for its eventual destruction, showing an unfortunate affinity for pro-terrorist figures, bullying and intimidating pro-Israel and Jewish students with vicious and sometimes anti-Semitic rhetoric, and even at times engaging in physical violence. While SJP may pay lip-service to peaceful aims, their rhetoric and actions make it hard to avoid the conclusion that a culture of hatred permeates nearly everything the group does…

We’ll never know exactly what Lara Alqasem was posting online. But enough exists to upend her counsel’s claim before the high court that Lara ended her activities with SJP in “April 2017 at the latest. Could be maybe February 2017.” The Jerusalem Post, on Oct. 19, reported that Lara’s activities continued long after April 2017.

Canary Mission, a group that documents hatred against America, Israel and Jews, found that during Lara Alqasem’s tenure, the UF SJP group “shared a post honoring terrorist Leila Khaled.” Also during her tenure the group tweeted on March 30, 2016, “Palestinians have undergone apartheid, colonization, displacement, occupation and ethnic cleansing. Israel has continuously proven itself to be a racist apartheid state.” Canary Mission provides a number of such examples.

It is extremely unlikely that Lara Alqasem is coming to Israel because she’s changed her ways. First, she’s come to study ““human rights and Western justice” at Hebrew University in Jerusalem. As Akiva Bigman has pointed out in a piece for JNS, Western justice “is a field that deals with ways of ‘fixing’ crimes perpetrated on native peoples by the forces of colonialism.”

Bigman details the attitudes of some of the members of Hebrew U’s Faculty of Law who will be teaching Alqasem. And from the looks of it, Lara will be teacher’s pet at Hebrew U. One professor compared a recent terrorist murder of two Israelis in cold blood “to the acts of murder that the IDF carried out on the southern [Gaza] border.” An outrageous statement given that the vast majority of those killed on the Gaza border during the months-long riots are Hamas terrorists, as Hamas itself admits.

So Lara is not going to learn to love Israel. She’s going to learn how to not love it more effectively. She’s also building credibility. Once she’s back in the U.S. she can talk with authority about the ‘occupying, colonialist, genocidal’ Israelis because ‘I’ve been there,’ and furthermore, ‘The Faculty of Law at Hebrew U agrees with me.’

Lara Alqasem had plenty of help beating the system. JPost Columnist Caroline Glick lists the usual suspects, but she singles out two self-described Zionists for particular opprobrium – Bret Stephens and Bari Weiss from the New York Times. They “joined Alqasem’s BDS comrades and enablers in bashing Israel for trying to deport her,” she writes.

Stephens and Wiess wrote a joint column that appeared on Oct. 10, criticizing Israel for keeping Alqasem out. They said that Israel hurt its cause by barring the former SJP chapter head. It made Israel appear intolerant, alienating its American supporters.

But Glick points out this was not about freedom of expression or liberal values. Alqasem is a “bigoted activist seeking to utilize a trip to Israel for hate propaganda,” she writes. Alqasem is “a seasoned BDS operative” engaging in “political theater” to make Israel appear evil. She is doing what BDS activists do. By ignoring this, Stephens and Weiss excused “her racism and transparent provocation.”

The Stephens-Weiss column had a profound impact, Glick says. It justified attacks on Israel from other media outlets. She says the column “effectively mainstreamed their whitewashing of the most powerful antisemitic force in the Western world.  It certainly empowered the Israeli Supreme Court to ignore the law and let Alqasem in.”

However the blame for the Lara Alqasem fiasco is parsed — and Glick says the Stephens-Weiss column was “decisive” — BDS gets the win and Lara Alqasem will return from her Hebrew U studies as an Israel-hater on steroids thanks to a shiny pin attached to her lapel that reads “Studied in Israel.”

Black Friday in the Holy Land: Is Israel Becoming a Superficial America?