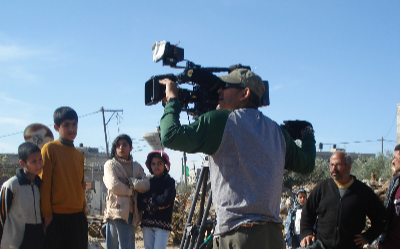 Industry of Lies: Media, Academia, and the Israeli-Arab Conflict is an excellent book by Israeli journalist Ben-Dror Yemini which eviscerates the big lies told about Israel. It originally came out in Hebrew a few years ago and has just been released in English. As I say in my review below, which just appeared in the Washington Free Beacon, the book should be handed out to college kids entering Middle East studies courses as an antidote against the lies they are about to hear.

I highly recommend the book, despite the one flaw which I detail below.

Review: ‘Industry of Lies: Media, Academia, and the Israeli-Arab Conflict’ by Ben-Dror Yemini 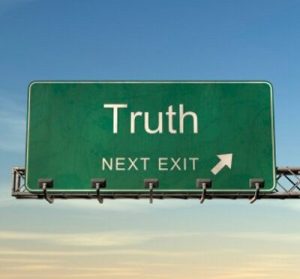 “Seventy years after the Holocaust, which saw Nazi Germany propaganda turn the entire Jewish people into a monster threatening the world, a new industry of lies has arisen. … But this time it is not the goose-stepping Nazis pushing the lies. It is liberal-minded academics, intellectuals, and human rights activists.”

So writes Ben-Dror Yemini, an Israeli journalist and former opinion page editor of Maariv, who thoroughly debunks these defamations in Industry of Lies. Yemini is at his best when he stands long-held assumptions on their head. Thus Israel has often been accused of forcibly evicting the Arabs from Palestine in 1948 in what the Arabs term the Naqba or “catastrophe.” Yemini not only shows this is nonsense (the Arabs mostly fled at the behest of their own leaders), but he puts Israel’s accusers in the dock. He describes the Jewish Naqba—a forcible eviction that actually happened—in which some 800,000 Jews were driven from Arab lands and their property stolen.

Similarly, while debunking accusations that Israel practices apartheid, Yemini talks about Arab apartheid, which Arabs practice against their Palestinian brethren. Arab countries from Egypt to Lebanon force Palestinian Arabs into ghettoes, deny them citizenship, and restrict their employment, all to keep the refugee problem alive for use as a weapon with which to bludgeon Israel.

What Yemini calls the “Big Lie” is that Israel carries out genocide. “If a Palestinian was killed for every time the word ‘extermination’ is used in relation to Israel, there would indeed not be a soul left.” Yemini’s strength is in focusing on the context Israel’s detractors ignore. He points out that huge numbers are killed annually in conflicts around the planet, while the world barely notices. But although the relative contribution of the Israeli-Arab conflict to violence and to the number of refugees worldwide is marginal, Israel “has mysteriously become ‘the most dangerous country to world peace.’ The focus on it is nothing short of obsessive.”

Another of Yemini’s strong suits is that he painstakingly examines the most outrageous slanders. Take Nobel laureate Jose Saramago’s disgusting claim that “what is happening in Palestine is a crime we can put on the same plane as what happened in Auschwitz.” Most would wave this remark away as the ravings of an unhinged anti-Semite. Yemini calmly looks at statistics in this supposed new “Auschwitz,” including life expectancy, infant mortality, literacy rates, education, even access to clean water. And his numbers come from organizations that can scarcely be accused of pro-Israel bias—UNESCO, the U.N., the World Health Organization among others. What they show is that the lot of Palestinian Arabs has improved dramatically since Israel took over the territories in the Six Day War. Then the average life expectancy of a Palestinian Arab was 48; in 2000, it had jumped to 72. In terms of education, a 2006 World Bank Report found that “the Palestinians are the most educated population in the MENA [Middle East North Africa] region,” with a 91 percent adult literacy rate. Before Israel took over there were no universities. Now there are 10 with an additional 20 community colleges. Israel set up these universities, though it gets no benefit from them. Those university degrees allow Palestinian Arabs to join faculties abroad where they can spread variations on the “Big Lie.”

The author emphasizes academia’s role in defaming Israel. He lines up the usual suspects, like Noam Chomsky, Richard Falk, Judith Butler, and Ilan Pappé, the last of whom Yemini holds responsible for “introducing the libel of ‘genocide’ in describing Israeli policies.” Yemini notes that these are not fringe characters at tiny colleges but major academics with large followings. Of John Mearsheimer, coauthor of the feverish The Israel Lobby and U.S. Foreign Policy, and Juan Cole of the University of Maryland who said Israel’s actions in Gaza were second only to that of the Belgians in the Congo, Yemini writes: “They embody the web of falsehood that is taking over the study of the Israeli-Arab conflict, and are providing the fuel for a much larger impetus to demonize Israel and ultimately isolate and destroy the country.”

Unfortunately Yemini skirts exploring the reasons all this malice is unleashed against Israel, saying for example that “the complicated issue of the link between anti-Semitism and anti-Zionism is relevant here, but lies beyond the parameters of this book.” As for the prominence of Jews, including Israelis, among the defamers, Yemini observes that “every democracy allows room for the privileged elites who, for one reason or another, see fit to publicly critique the foundations of society in the name of academic freedom.” Yemini says the difference in this case is that there is a global movement that delights in promoting these outliers. True enough, but why are there so many Jewish “outliers” for the global movement to exploit? This is a question Yemini does not even raise. He is clearer-eyed on the Arab motivation: “the Arab world could not tolerate the challenge that a Jewish state presented to the idea that Jews should remain weak and powerless.” Worse still, Jews were thriving in Al-Sham. “This term, which refers to the geographic region of the Levant, actually has a deeper meaning: a Muslim sphere of domination under Allah,” Yemini explains.

Much of the subject matter in Industry of Lies will be familiar to those on the right of Israel’s political spectrum. Professor Efraim Karsh of King’s College London—whose excellent work Yemini writes has been largely ignored—covered the Arab flight of 1948 in great detail in Palestine Betrayed. What sets Yemini apart is the fact that he is a man of the left, making him, if not sui generis, then certainly a rare breed.

Still, Yemini’s leftwing viewpoint is the one glaring weakness of the book. Yemini still supports the two-state solution, incredible given his sophisticated understanding of the danger Israel faces and the Arabs’ intentions. His policy prescriptions are so out of touch with reality that he argues that the Jews of Judea and Samaria could remain as citizens of a Palestinian state. In fact, a vulnerable Jewish minority wouldn’t last a day. Evincing a major intellectual disconnect, Yemini has this to say of the “naïve humanitarian” supporters of Hamas: “[P]erhaps they are right: Despite everything said here about Hamas’ character, Israel should extend its hand in peace. Mutual recognition and reconciliation is needed, and certainly the end of global anti-Semitic and racist incitement and violence.” On the very same page, he writes: “Hamas wants a world without basic freedoms, human rights, and equality for women and minorities. The Global Jihadists don’t attack the West because of what it does, or did, in the past, but because of what it is: free, liberal, and democratic.” Such statements abutting one another lead the reader to ask: Will the real Ben-Dror Yemini please stand up?

It’s a testament to how fine a job the author has done in his dissection of anti-Israel lies that his cognitive dissonance doesn’t ruin the book. It should be passed out to every college student entering a Middle Eastern studies course as a kind of intellectual inoculation against the lies they’re about to hear.

Nor are the lies confined to Middle Eastern studies courses. Perhaps nothing better underscores how badly this book is needed than the debate the Oxford Union held in 2015 on the proposition “Hamas is a greater obstacle to peace than Israel.” U.S. author and talk show host Dennis Prager, assigned to support the proposition, says he initially thought there was a mistake, given that this offered no possibility of debate. He found out how wrong he was. Despite his eloquence and knowledge of the subject, he and his partner, an Orthodox rabbi, went down to defeat at the hands of Oxford emeritus professor (and former Israeli) Avi Shlaim and an Iranian former student of his, who promoted the Big Lie (to warm applause), i.e., that Israel was doing to the Palestinians what the Nazis had done to the Jews. That the majority of roughly 300 Oxford students, among them Britain’s political leaders and future opinion shapers, should have voted in favor of Hamas, whose charter calls for Israel’s extermination and declares that “peaceful solutions and international conferences are in contradiction to the principles of the Islamic Resistance Movement,” as Prager says, shows the moral sickness that pervades our universities.

Ben-Dror Yemini is clearly right when he declares the lies are winning and that anti-Zionist and anti-Israeli propaganda exactly parallels the trajectory of Nazi propaganda. And we know where that leads.