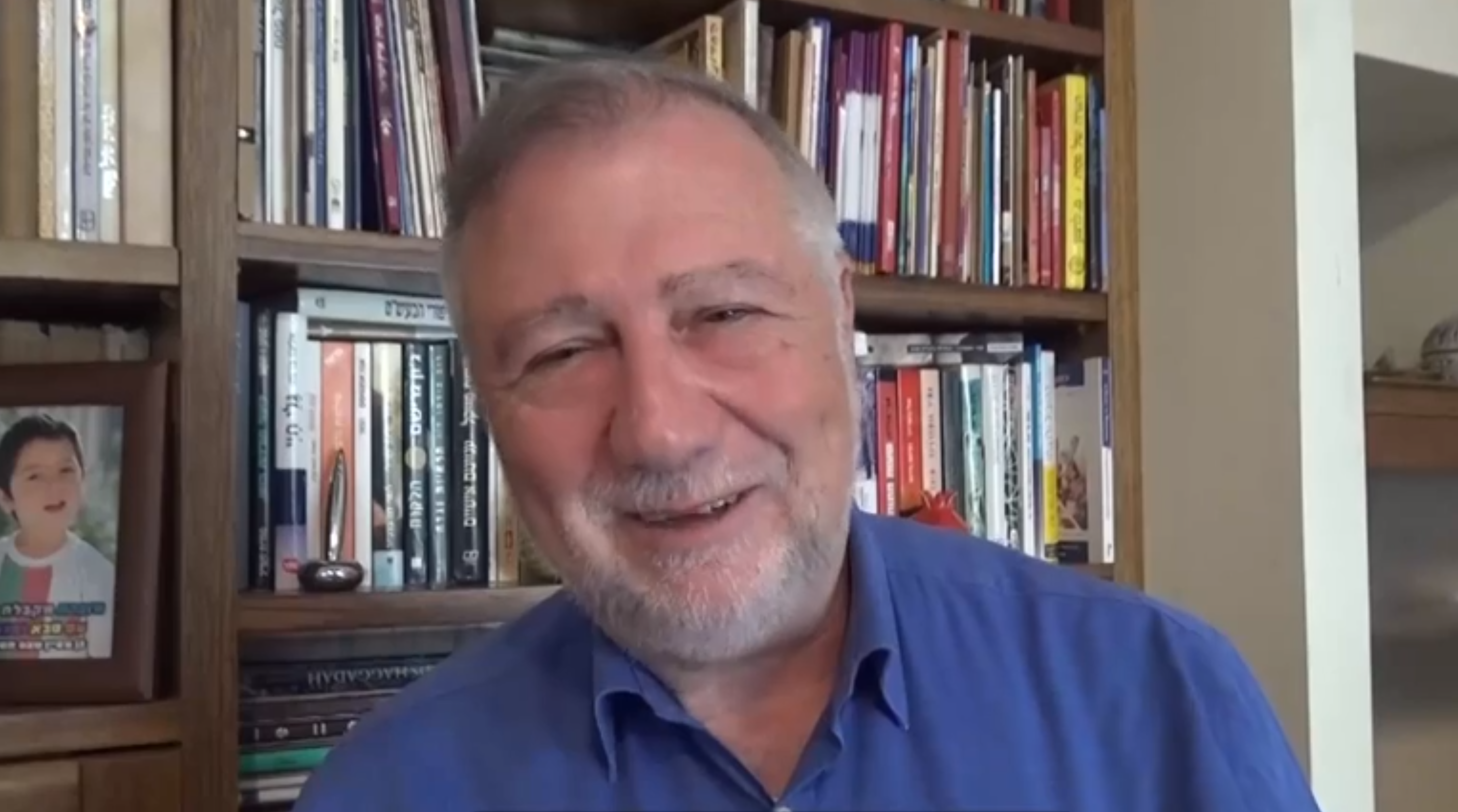 No one collects like Americans. A testament to our collecting prowess are the many TV shows about it – from “American Pickers” to “Strange Inheritance.” So it was unusual last night to catch a segment about an Israeli collector. What does the gentleman pictured above collect? Passover Haggadahs. They cover a wall of his home and range from a hand-written Yemenite Haggadah to a 16th Century Italian Haggadah to a Bamba Haggadah (Bamba is a popular Israeli snack).

What was moving was the motivation for his collection. For him the Haggadah is a representation of the yearning of the Jewish people for thousands of years to return to their land and rebuild their state. To live once more in freedom.

The Jewish religion isn’t big on physical symbols of its concepts but this collector found one. It helps that Haggadahs are attractive, the only Jewish text to include pictures as the Passover Seder is designed with children in mind. 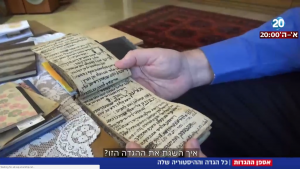 It is remarkable to think of the many centuries that Jews have striven for freedom against seemingly impossible odds. Evidence of this is constantly being unearthed. Just this Monday, archaeologists discovered a trove of rare bronze coins from the Roman-Jewish War (66-73 CE). They were in a cave near the south wall of the Temple Mount. Dubbed “Freedom Coins” they date from 66-70 CE and bear the inscriptions “For the Freedom of Zion” and “For the Redemption of Zion.” The latter inscription was found only on the fourth year coins, reflecting what the archaeologists say were the falling fortunes of the rebels.

Incredibly, the secrets of the cave had never been discovered in the centuries since the Temple’s destruction, that is, until this week. Hebrew University Archaeologist Dr. Eilat Mazar said: “A discovery like this – ancient coins bearing the words ‘Freedom’ and ‘Redemption’ – found right before the Jewish Festival of Freedom, Passover, begins, is incredibly moving.” 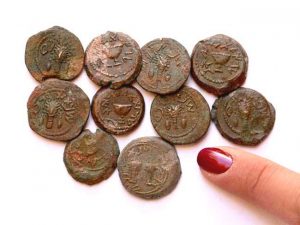 Freedom: It’s the core of both the Jewish and the American ethos. This shared love of freedom is a tie that binds us. I’ve always been struck by the speech of Eleazar Ben-Yair, the leader of the rebels at Masada, which fell in 73 CE. The speech is handed down to us by historian Josephus Flavius, who learned it from Masada’s only two survivors. Its theme of death before slavery resonates not just in Jewish ears but American ones as well. There’s something almost modern about it – or perhaps timeless would be a better word.

I include it below for those who wish to read it themselves.

Eleazar, however, intended neither to slip out nor to allow anyone else to do so. Seeing the wall going up in flames and being unable to devise any further means of escape or heroic resistance, he foresaw clearly what the Romans would do to the men, the women and children if they won, and he thought that death was preferable for all. Deciding that this was the best course under the circumstances, he assembled his toughest companions and urged it upon them in the following address:

“Long since, my brave companions, we determined to serve neither the Romans nor anyone but only God, for He alone is the true and righteous Lord of men; now the time has come that bids us prove our resolution by our deeds. At this crisis we must not disgrace ourselves; up till now we have never submitted to slavery even if it involved no danger; in choosing slavery now we would deliberately accept the horrible penalties that await us if we fall alive into Roman hands. For as we were the first of all to revolt, so are we the last to fight against them. Moreover, I think it is God who has granted us this privilege, that it is in our power to die bravely in freedom – unlike others who were unexpectedly defeated. It is evident that tomorrow we will be captured, but we are free to choose an honorable death together with those we love most. Our enemies cannot prevent this though they fervently pray to take us alive; nor can we defeat them in battle. Perhaps from the very first, when we were bent on freedom, but suffered such hard treatment from one another – and worse from our enemy – we ought to have read God’s purpose and realized that His once beloved Jewish race had been doomed to extinction. For if He had remained gracious or only slightly indignant with us, He would not have shut His eyes to such wholesale destruction or have abandoned His holy city to be burnt to the ground by our enemies. And did we really hope that of all the race we alone would come through safe, still in possession of our freedom, as if we were guiltless before God and had taken part in no crime – we who had been the teachers of all the others?

“Now, see how He shows us the folly of our hopes, plunging us into more dire distress than we could have anticipated. For not even the impregnability of this fortress has sufficed to save us; and though we have food stores in abundance, piles of arms, and more than enough of every other necessity, yet manifestly God Himself has deprived us of all hope of deliverance. For the flames that were carried back into the enemy lines did not turn back of their own accord towards the wall we constructed; no, all these things signify God’s vengeance for the many wrongs that we dared to inflict on our countrymen in our madness. For these crimes let us pay the penalty not to our bitterest foes, the Romans, but to God – by our own hands! It be easier to bear His judgment than theirs. Let our wives die undishonored and our children without knowing slavery; and when they are gone, let us do each other an ungrudging kindness, preserving liberty as a noble funeral monument. But first let us destroy our belongings and the fortress by fire; for the Romans, I know, will be grieved to lose persons and all their gain at the same time. Let us spare only one thing – our store of food; for it testify when we are dead, that we did not perish through want but because, in keeping with our initial resolution, we chose death to slavery.”

The Beast Within: Anti-Zionism Pulls Off Its Mask

Two States for Two Peoples: Doubling Down on a Bad Idea