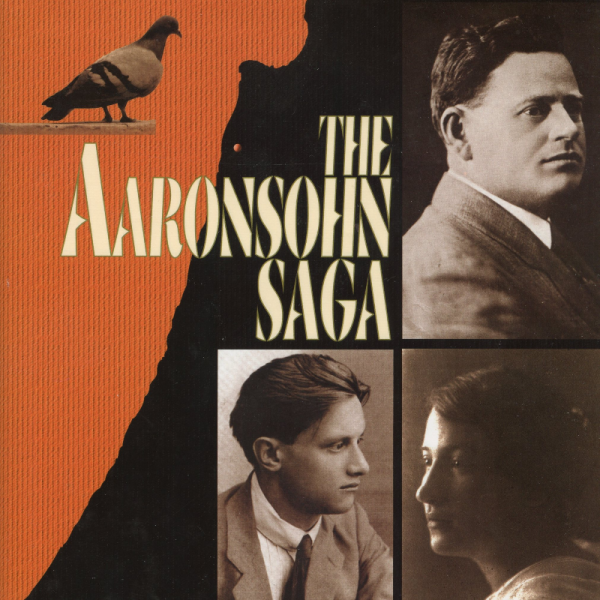 Powerfully written, with deep sensitivity to the emotional lives of the people portrayed, The Aaronsohn Saga is both solid history and a marvelous read.

A celebrated botanist, who had won world fame as the discoverer of ‘wild wheat,’ Aaron Aaronsohn (1876-1919) created the first Jewish Agricultural Experiment Station in Palestine then under Turkish rule in 1910.  In World War I, reacting against the oppressive Turkish regime, Aaronsohn founded a Jewish spy organization, NILI, to help the British in the forthcoming battle for Palestine. Here is told the story of Aaronsohn, who is revealed as a master of strategy, and his sister Sarah, whose self-sacrificing devotion to the cause shows her to be a great historic personality in her own right. Historian Shmuel Katz here rectifies the absence of a comprehensive biography of Aaronsohn and the NILI spy ring. Meticulously researched British War Office intelligence documents and the letters and field reports of NILI’s central figures illustrate the crucial contribution made by NILI to the British conquest of Palestine. Powerfully written, with deep sensitivity to the emotional lives of the people portrayed, The Aaronsohn Saga is both solid history and a marvelous read.

There are no reviews yet.

Be the first to review “The Aaronsohn Saga” Cancel reply