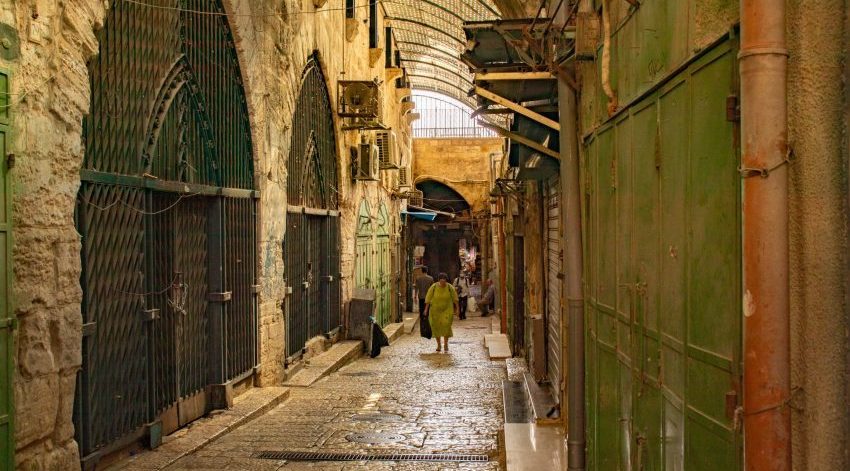 Gmar Chatimah Tovah – may you be inscribed (in the Book of Life) for Good – as they say in the runup to Yom Kippur, the Day of Atonement, the holiest day of the Jewish calendar.

The holidays are always a fun time to be in Israel – in some ways especially for an immigrant, who notes things an Israeli would take for granted. For example, walking into Israel’s Home Center (a Home Depot-type store) and seeing sukkot for sale. (For those curious, the 3 x 3 meter goes for ₪295 ($84) and the telescoping version for ₪495 ($142.)

It’s something you see in only one country in the world, and it is those small things that attest to not just a return from exile, but a return to normalcy, after 1,800 years of wandering, usually into the wrong neighborhood.

The Sukkot holiday itself is a holiday memorializing the Jews’ wandering in the desert for 40 years. It’s one of three pilgrimage holidays in the Bible, where Jews went up to Jerusalem. It was also an agricultural festival, celebrating the fruit harvest.

As Israel heads to an even tighter lockdown (it’s the first country to do so twice) some are less interested in going to Jerusalem than getting out of town — 5,000 packed the airport on Friday before the curfew began. Most were going to Greece (12 flights), Turkey (9 flights). Bulgaria and the U.S. (4 flights). Bulgaria and the U.S. are normally not lumped together but there’s a first time for everything.

On the plus side, the curfew points to another of those small instances of ‘normalcy’ noticed by an immigrant. One of the few permitted excuses to break the lockdown is for the purpose of purchasing a lulav and etrog.

From the ground up

Occasionally, you get a reminder of how Israel really started with very little. Seventy years ago, on Sept. 24, 1950 Galei Tzhal (Army Radio) started its first broadcast at 6:30 p.m. The purpose of the station, according to then Prime Minister and Defense Minister David Ben-Gurion was “to be a tool for security and preparedness, an effective means of communication for the regular fighting forces and the reserves, and a tool for educating the young and the nation.”

The reality on the ground was somewhat different. The studio was insulated for sound by mattresses tacked to the wall. The broadcasts were only 3 1/2 hours. And they could only be heard within a 30-kilometer radius (18 miles) of the station. Hopefully, they weren’t relying on the radio station in times of emergency.

With every Yom Kippur, there are new revelations about the 1973 Yom Kippur War, specifically Israel’s intelligence failure in that war, when the country was surprised by an attack from Egypt and Syria in the middle of the holiday.

The newest revelation involves Maj. Gen. Eli Zeira, the chief of Israeli Military Intelligence, who probably is most to blame for Israel’s intelligence failure, as he was wedded to the Kontzeptzia, a theory which held that Egypt wouldn’t start a war until it had overcome its military inferiority vis a vis Israel.

Now there’s more reason to blame Maj. Gen. Zeira. Apparently, he withheld additional “golden information” for a period of days that could have warned the country’s leaders of the enemies’ intentions. The information had to do with Syria. Israeli intelligence at the time stated: “It’s become known to us that Syria is sending away its Soviet experts, and that the planes transferred them from Damascus to Moscow… the sources add that the Syrians justified the distancing, saying that it was Egypt and Syria’s intention to go to war against Israel.”

The information was part of a file of materials: “Special Intelligence Review – Syrian plan for conquering the Golan Heights – an estimation.” It was marked as Top Secret four days before the outbreak of war. Gen. Zeira ordered the material held. It wasn’t transferred to the prime minister, defense minister and chief of staff until hours before the war started.

There are voices warning that it’s a mistake to blame everything on intelligence. Maj. Gen. (ret.) Gershon Hacohen says that it offers a false comfort that the entire problem has been identified and the lessons learned. He says there’s plenty of blame to go around.

Hacohen gives several examples. His main one: The top brass relied on being able to carry out a preemptive strike. But they failed to identify the changes on a political level which made such a strike harder to carry out.

He also says the senior military echelon were wedded to the idea that Israel’s prowess would act as a deterrence. He says Israel is still stuck to this concept. And he warns, in opposition to the general perception today, that the mistakes of the Yom Kippur War can definitely repeat themselves.

ZionismU’s films go up to the end of the War of Independence and so don’t cover the Yom Kippur War. But maybe one day we’ll do a series of films on it as well.