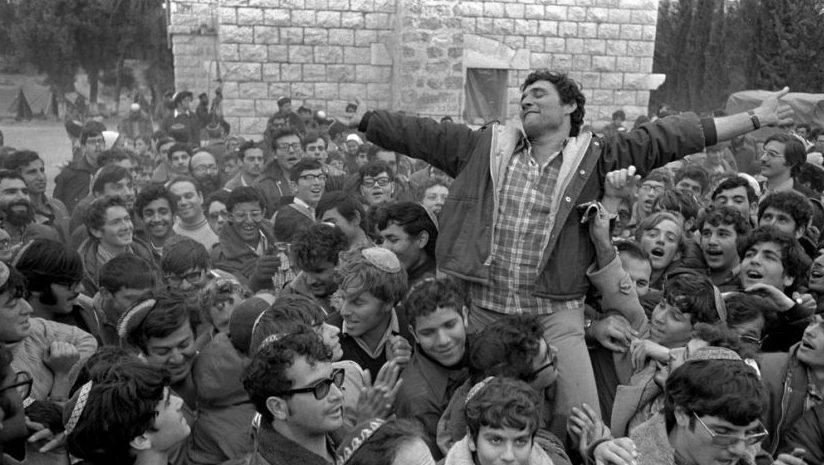 “Now it’s Our Turn” read the headline of an op-ed in this week’s Makor Rishon (Jan. 25).  The writer, Shlomo Ben-Zvi, a business mogul and editor-in-chief of the paper, argues that there are three tribes in Israel, two of which have had their chance to lead the state. Only one has not: The national-religious, or Religious Zionists. Now it’s their turn, he says.

Ben-Zvi writes that the first tribe won the Jews a state. The second ensured that it would be a Jewish State, referring to the recent Nation-State Law that codified certain Jewish symbols and goals into Israeli law.

He says it falls on the third tribe to answer the question: “What is the vision of a Jewish State, and for what is a Jewish State needed at all?”

The tribes Ben-Tzvi refers to are better referred to as visions. Our site offers an excellent overview of these Three Zionist Visions, including a short film on each. They are: Socialist Zionism, General Zionism and Religious Zionism.

Socialist Zionists dominated Israel’s politics for the first 30 years of its existence. They broke from their religious, traditional parents to come to the Land of Israel with dreams of creating a socialist-Jewish paradise.

Israel’s first prime minister, David Ben-Gurion, summed up the Socialist-Zionist vision. “The State of Israel must be an ideal state. The Jews will not relinquish their profound historical belief in a fusing of national redemption with the redemption of all mankind.”

Socialist-Zionists would lose their hold over the Israeli public with time. The process was gradual. In the 1950s, the internal ideological war that broke out on the kibbutz – the socialist-Zionists’ great proof-of-concept, their ‘communal paradise’ – no doubt raised eyebrows among the larger Israeli public.

Their leadership’s failure in the 1973 Yom Kippur War put the nail in the coffin. The Israeli public realized a different leadership was needed, one more capable of dealing with the challenges that lay ahead. Four years later those who held to the second Zionist vision, that of the General Zionists, were elected.

Ben-Zvi doesn’t go into detail about the General Zionists. He calls this “tribe” the “Likudniks” — Hebrew for Likud party members — people who are, in his words, more “traditional” — meaning more religiously inclined. This is an oversimplification.

General Zionists primarily saw the Jewish state as a refuge from persecution. They didn’t debate about what kind of a state the Jewish State should be, only that it should exist. What they imagined, more or less, was an advanced industrial and liberal Western democracy, like Switzerland. Zionism’s founder, Theodor Herzl, was a General Zionist.

On the right-wing end of the General Zionists sat the Revisionists, led by Vladimir Jabotinsky, who preached a strong military ethos, and refused to accept the loss of Transjordan, which Britain handed to Prince Abdullah, a son of the Sharif of Mecca. Transjordan had made up 73% of the territory destined to become part of the Jewish home.

The Revisionists also had a more realistic understanding of the Arabs than other Zionists. By the early 1920s, the Zionist leadership was afraid to openly state that its goal was a Jewish state, for fear of agitating the Arabs who would then pressure Britain to stop Zionist efforts.

Jabotinsky said it was impossible to deceive the Arabs and wrote in a famous essay, “The Iron Wall,” that the Arabs will only come to terms with the Jews when they see that “there is no longer any hope of getting rid of us, because they can make no breach in the iron wall.”

Prime Minister Benjamin Netanyahu came out of the Revisionist tradition. His father was an active member of that movement. However, Netanyahu has developed into a more middle-of-the-road General Zionist, focusing on free-market economics, not territorial expansion.

Like the socialist-Zionists before them, the General Zionists have enjoyed decades of power. Ben-Tzvi argues their time is coming to an end to make way for the third tribe, the Religious Zionists.

Religious Zionists believe that the modern State of Israel is part of a divine process. It’s God’s promised return of his people to their ancient land playing out through earthly means.

Ironically, though Zionism sprung from the Jewish faith and its ancient ideas of “the return to Zion” and “the in-gathering of the exiles,” most religious Jews opposed it when it first appeared.  They believed that the Jewish people’s return would come through messianic intervention, not through the activity of men, most especially nonreligious men who were at the forefront of the Zionist  movement.

However, there were religious Jews who supported Zionism. One of their most prominent leaders, Rabbi Avraham Yitzhak Ha-Cohen Kook argued that the secular Jews who led Zionism weren’t secular at all; that they affirmed the Divine despite themselves.

Religious Zionists, however, were, a minority among the religious and among Zionists. They still remain only a segment of Orthodox Jews in Israel, which is one of the reasons they haven’t catapulted to power. They haven’t convinced even all of their fellow believers.

Ben-Zvi, who identifies with this group, is convinced that Religious Zionists will have their chance. He’s now competing for the leadership of the Jewish Home party, which sprang from the National Religious party. The Jewish Home’s leadership is up for grabs after its two leaders, Naftali Bennett and Ayelet Shaked, jumped ship to start a new right-wing party.

“To my mind, the answer is hidden in the writings of our Zionist rabbis already 150 years ago: We are a nation by virtue of our being in a covenant with God in this world. We are partners on the ground, his representatives here,” Ben-Zvi writes.

His remarks partly explain why the Religious Zionist vision remains outside the mainstream. It’s difficult to appeal to non-religious Israelis on the basis Ben-Zvi outlines here.

However, never say never. Religious Zionists are only at the start of the process. They may stumble on the right formula that appeals to a broader base. Two visions have had their day. The third may yet lie in Israel’s future.

King Agrippa Coin Found in Israel, and the Terrible Truth It Contains